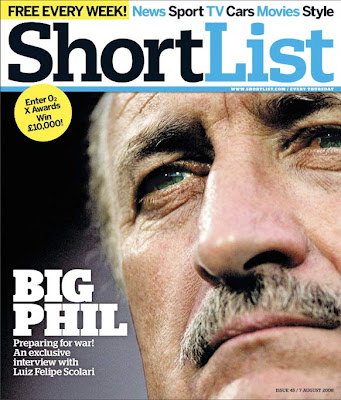 Where do we get our ideas from?

Well everywhere and anywhere, but I know exactly what inspired me in video journalism and online design.

For online design for viewmagazine.tv it was Newsweek, but then if ShortList Magazine was around in 2003 I most certainly would have deconstructed it for online publications.

Like Newsweek it's clean, with striking photography, great articles and innovative layout, reminiscent of how The Face broke new ground in the 80s and sets itself up brilliantly for how embedded video should work aesthetically.

Which allows me to make a sideways point, which is, in the recent dash for embeds, most online publications missed an aesthetic trick.

Embeds really do the trick; more recent feedback from Online News Association colleagues is that those using embed increase their traffic many fold.

Here the BBC is reporting its pre-eminence in trials.

The most eye catching use of embeds comes from a scene in Minority Report where Tom Cruises character is flashed onto an electronic newspaper.

It's not a video to start with but a pic, which animates into video.

I tried the same thing for view, which worked pretty well: a frame from a video, which when clicked changes its state.

I managed four different states: a rollover triggering sound, which would also animate or cause my picture* to stop moving, and then once pressed the picture pulled in video.

Until recently I had to embed the video as a .swf on the timeline. That all changed with .FLV and the ability to stream from the server with controls attached.

Hence if you navigate viewmagazine, quite a few videos do not have controls. Now that I'm aware of the code I'll be changing all that.

I mentioned in some case the pics would animate.

Hillman Curtis who's recently changed the appearance of his site, was one of the first in the new media age to use video as if it were a still. A young child standing still stares into a camera, but it's only after a couple of seconds that you see the child blink.

Another technique is to have the image sequence on a loop as in this video here from the Mayfair Club. 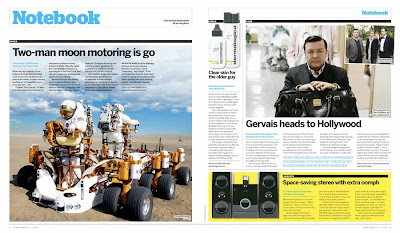 Now back to ShortList. The freebie mag in its short time span has won many awards. However, and its such a shame their web site, though clean and well laid out, is less risk-taking than its hard copy magazine, and the use of Youtube video really lets down the look and feel.

Shortlist is definitely a magazine that could do with Video journalism and no doubt do it well enough given their in-house talent, to replicate their formidable success in print.

I'm going to post and example of embedded vid aesthetic on viewmagazine, with archive footage from Channel One TV circa 1996.

Watch out for three reporters ( not me) who are now household TV names, and also you'll See Dan at the start of the programme doing gonzo hand held stand up/ piece to camera.

Take into consideration a couple of things. It's 1996 and Dan's using a hi8 cam with no viewfinder to gauge his position in the lens.

* I believe the modern day new media/ video art equivalent of the still photo is an animated one, along the which would allow for multiple entry points into the story. Here's an example without the multiple hot spots

I was going to post on video art but have spiked that for the mo.
Posted by Dr David Dunkley Gyimah at 4:54 pm