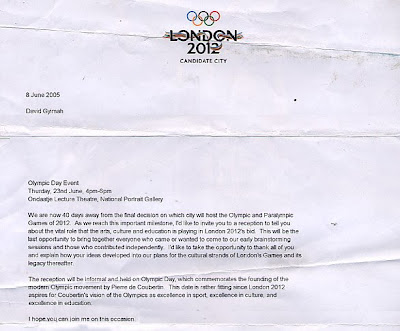 High above London's skyline, the 25th floor to be precise, gripped by the city's awesome vista and intended sighting of London's Olympic emporium to the East, a group of us sit in an invited circle.

For two hours or so, ideas ebb and flow from a venerable list of publicly known figures looking to provide entropy to London's 2012 Olympic bid.

Wouldn't it be cool I thought if 2012 devised a Sims game; build your own London Olympic Village? Goldie weighs in: "yeah yeah".

This is the first of three meet ups before London hears its ecstatic news. 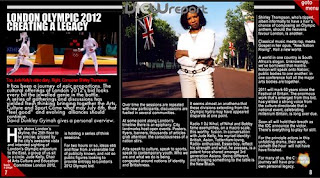 Months later, moment of decision upon us, a meeting at East London University where Radio 1 DJ Nihal, of Nihal and Bobby fame talks fusion and what London means for the games.

You only have to listen to a sprawling composition: "New Nation Rising"* - which I'll repost on Viewmagazine.tv to see the mesh of differences and what it yields.

*This is a shell site I created for Shirley for some new designers to remake, so it's incomplete.

For London 2012 at the meetings I attended, culture took centre stage. That's London! Games yep, but you'll come away with, to borrow South Africa's phrase: "The feeling of a world in one country"

Like the kerbillions I too watched the Olympic closing today and thought...

I thought back to those gatherings and pondered.

It's going to be frenetic from here after China's "How do you like me now?"

I'm still bursting with ideas, but you imagine with the microscopic interests it might be out of range for we-media people. 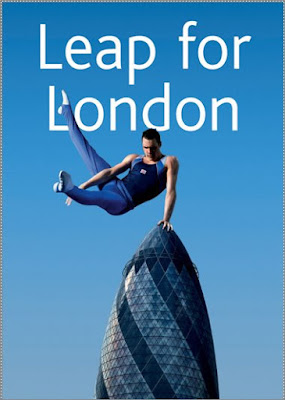 Posted by Dr David Dunkley Gyimah at 10:26 am