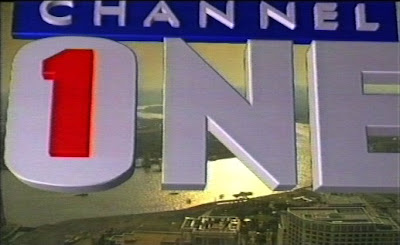 Channel One TV was a 24 hour video journalism driven station. 30 VJs drove the station, 12 working on any one day making a host of programmes from cars, cookery, fashion, politics, travel and it was done rather well.

I found some archive and you'll be hard pressed to determine whether its crew-made or VJ- made.

On the news desk, 6 VJs per day, like Rachel Ellison ( now an MBE) filed stories, sometimes two/three times a day.

Each had a pool car, a beta 100, vinten tripod, senheiser, lapel, night spot lights (deedos), scrim and an assortment of gadgets in the back.

The beauty of the betas back then compared to the not so resolution-ready hi-8s is that you learnt everything you needed to know about bending light, back focus, blacks and whites, to get a good image off.

Bad thing, they weighed a ton.

Often the newsdesk rang in otherwise you had your own feature you'd convinced your editor you were working on.

The station ran a revolutionary video jukebox, which a producer had access to build a programme and news wheel. 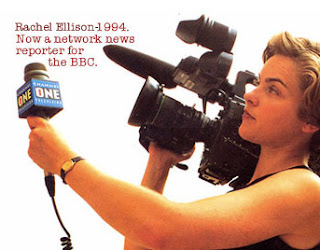 Though as a viewer you thought you were watching a live show, presenter links were made minutes, sometime seconds, before the wheel's timing caught up with real time.

This gave the producer greater flexibility in creating a programme schedule. It also meant you'd never see a clanger (mother of all mistakes) on Channel One.

Because we were NOT scheduled to hit specific news hours, we introduced some novel, in fact innovatory ways of working.


How a news package was worked
Take a new item on hospital bugs at the time - a salmonella outbreak.

The news desk were looking for a news package - anything from 2-5 minutes. 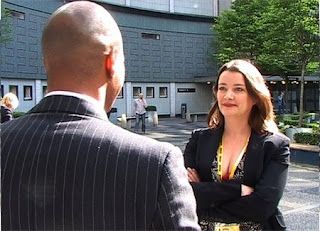 In one year it was not uncommon to clock up 500 news packages.

Because a small team could keep the news ticking over and had developed a system that enabled them to build up a story during the day, whilst releasing elements as the day matured.

The year was 1994. The Internet had just arrived carrying data at the sonic speed of 28k/s

And whilst it was easy to hurumph stating well Satellite TV was doing that. Channel One TV operated below any margins any station could work on, with smaller staff.

Later today I'll be posting on viewmagazine.tv some of the working habits of the lost records of Channel One TV.

In today's broadband environment the blue print of Channel One would be unquestionable.

Here's a piece from 1994, which was worked through the day and then picked up at night. This final piece for the day is a feature, the day stuff which I have not ben able to locate was the Q and As package with different parties.

Health and Safety:
This is the night shoot. Though it's not mentioned much night shoots come with particular risks for VJs and as I recall I had a stand off with youths unconnected to this scheme wanting my gear on returning to my car.

Channel One swiftly abandoned night shoots ( 8 pm - 9 am) when it was deemed too much of a risk particularly for women video journalists.

p.s reason it's so dark in places, compression messes with your gammas
Posted by Dr David Dunkley Gyimah at 9:59 am

"I'll certainly give up crime for it..."