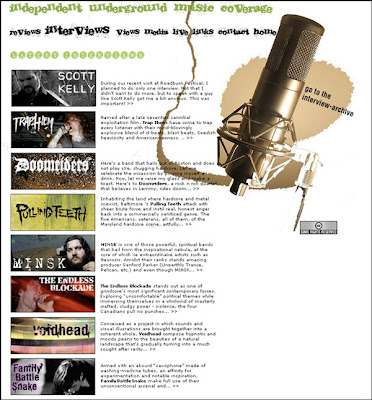 George Skafidas class of 2006 who now writes for a major publication in Greece still maintains his final project site which profiles the talents of underground scene musicians.

As part of their final project on the Masters of International Journalism, a small group of students, often it's about eight, this time four, undertake 10 weeks of work culminating in a web site.

The criteria is simple. Their work should sit between what might be expected of student work and an industry worker; quite often I stress it's got to tick a number of boxes.

Around 2000 when I worked in Soho - dotcom boon n' all - the agency I worked for made a number of successful pitches for work, often involving complex briefs.

So I have implemented some of that methodology to the work done here.

Please note these are student journalists, so we tread an interesting line between content and presentation, BUT they recognise they would do well to develop their design skills.

We meet over the course deconstructing and reassembling; their briefs are scrutinised, their content written and re worked.

They become their best critics.

Some conventions are observed e.g. how to write for online, but others have no boundaries e.g. being creative.

Their brief should contain enough info to allow anyone with a working knowledge of dreamweaver, html, css to build their sites, often revealing line-by-line code.

The brief answers the ff and more:
Bottom line, they're not journalists, but if they joined an outfit and the MD wanted a new website launched could they reassemble a team, cost it and know what was expected of each group- from designers to marketers with SEO knowledge.

It's some learning curve, but I can report over the years many of the onliners have gone off to manage sites or become senior editors very quickly. e.g. Amity Bacon

Some never touch CSS etc. again, but I'm told appreciated the experience; though at the time there are periods when they feel pretty downbeat.

One onliner who had a designer price her out of pocket for her own site, could now talk the designers language and know how to debug the site and where he was pulling a fast one.

" No! That javascript is available online so it should not have taken you three days to write it and in any case we did not sign off on the brief"

So here below are the students work.

They're being marked and assessed, with critical essays on 3000 word thesis and personal reports. I can't show you their briefs and essays, unless they plan to themselves. 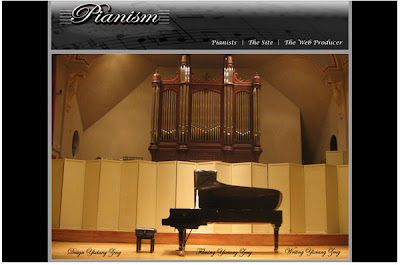 www.pianism.co.uk
Site profiling some of the UK's emerging talented pianists 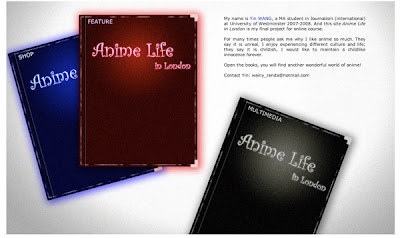 www.animelifeinlondon.co.uk
If you're into anime then this tells you what and where to get the latest 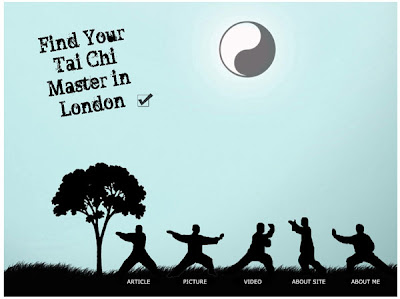 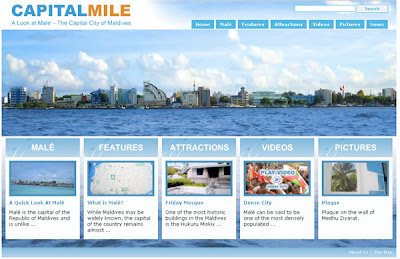 www.capitalmile.com
Tourism and travelogue of sorts from Male
Posted by Dr David Dunkley Gyimah at 9:40 pm