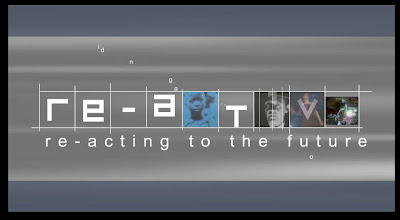 Good ideas are good whatever the period. And casting an eye back to pre-web 2.0 one of the companies I worked for RE-ACTIVE. NET has aged really well.

The concept for this small commercial/ Ad agency was to mix video journalism and Multimedia. and the site, which garnered huge praise from the industry still reflects that.

All the credit goes to Rosalind Miller, the creative director whom in 1999/2000 would, with Hillman Curtis, make me marvel at what Flash and action scripting could do.

Simple sublime, you really must go and play with the site, if nothing else for the zen haunting bars that float around when you run over an image.

The key then as now is by mixing up different forms, we learnt from each other and came up with some interesting ideas.

A lot of what I came to appreciate, though I already had some existing Flash skills ( that's how Rosalind and I met) came from observing Rosalind at work. 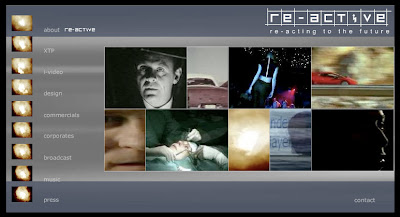 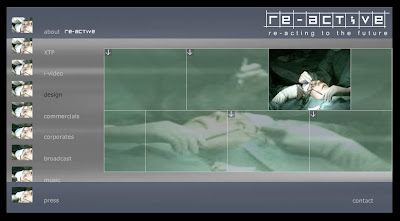 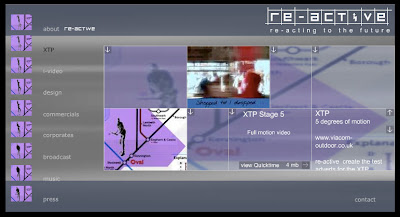 The last still is commercial work from the XTP project, which is now spreading across London Underground.

You see those new screens which play soundless ads that are replacing posters, yep.

Viacom asked if we could produce a set of ads to demonstrate how they would work with what was called 5 degrees of motion that gave clients an aesthetic as well as pricing model. Rosalind's designer aesthetic was just ......!

Design+Interactivity+VideoJournalism = commercials?? **^* $ Not so radical after all
Posted by Dr David Dunkley Gyimah at 2:12 pm