Unity 08 in Chicago, Disunity in London - Super Diversity the movie 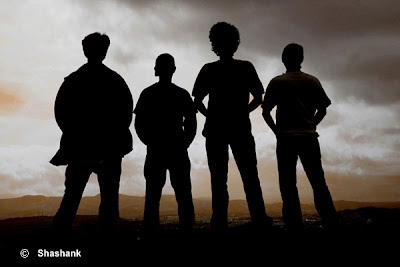 Unity in Chicago, Disunity in London: as you read this scores of journalists of colour are congregating in Chicago.

It is that time again, a four year in cycle in which ethnic media networks join forces.

If Unity 1996 in Atlanta, which I attended is anything to go by, after me altogether: "wow!"

Then just as now, employment, equality, sustainability will be on the menu.

And via satellite, or often in person, the Clintons will make their own pilgrimage to pay respect.

An African American editor on your side delivers a powerful message both visually for that photo op and to the editor's constituents if votes are needed.

Perhaps this year, the Clinton's will give way, but the jamboree of zeal, "lets push forward" motive and expand, consolidate, expand sermon will be no less.


More Unity 08 and disunity
In Chicago, conference goers might play down their successes; it's all relative after all, but compared to what's going on in London broad success amongst ethnic journalists is as elusive as that bloke, Nato's pursuing.

Last week Channel 4 upped the ante or played a brilliant PR card at ticking boxes as some of the industry's most senior "unity" journalists gathered to hear what race Czar Trevor Phillips had planned in a make-believe reality game "Super Diversity".

Channel 4 endorsed. A big brother for ethnics? It was their commissioning money after all.

So here's where I link to the report, but stone the crows I google and google and I can't find it.

A day later and the vibrancy of emails messaging journalists to attend Trevor's speech looks like something that took place in the Jurassic age; emails aren't being returned by Channel 4's execs, no one I asked has any idea of the follow ups and it's back to training binoculars on the box looking for that rare thing.

There's one! And another.. Oh yes and that one too. people of colour.

Unity 24 hours before, is now disunity.

So much for a new dawn.


Disunity breads unity, right!
Most media (ethnic) Brits, can only look to the US unfairly with envy. Unfairly because the dynamics are different, and frankly it's a larger playing field to pool resources and find your next job.

If you want a career in broadcasting in the UK, count the BBC, Channel 4, ITV, and the super indies and the super employers are fast drying up.

But there is something to be said about "Unity", which if I was a TV exec I might be having a right giggle into my Moca.

The TV industry built on favours, suffrage and Uni links knocks out many journalists of colour from getting a look in, and what hope for those on the sharp end unifying is as elusive as that, er what's his name: Radovan Karadzic

This office isn't big enough for the both of us, is the missive that dare not speak it's name, so er I'm not going to share with you where I work.

Truth though within the pitches for work, it always appears to be an appeal to a sense of fair play, which has never really worked. "please, please gisa job?"

When, however the internet posed a threat, economics rather than morals played out a much stronger card and it looked like execs were beginning to shift ground.

Digital Diversity, was a thought for a short film shown in Berlin which wraps up both contemporary and traditional issues of diversity and poses a couple of questions which I hope looks beyond the current jousting rounds.

As Orlando Sentinel Editor Anthony Moor said in his seminal article; Go to the web young journalists. The web is yet, just, to be colonised into the old ways of media.

The past is passed
But this schism on all sides wasn't always like that as Mssr David Upshal (now a heavy hitting tv exec) and Joel Kibazo (formerly of the FT) will tell you when we gathered of Oxford Street for drinks and chats in the early 90s.

What would we be doing in years to come and who could help whom?

So the pass the parcel of work continues.

Ethnics blame the media. The media, as Trevor Phillips put it and I have always held this belief, shrugs its shoulders: I owe you nothing.

And anyway it's not as big an issue as it's often made out, is it?

What! Radovan Karadzic's been caught. Hope yet huh!

David Dunkley Gyimah started his broadcast career in 87 at the BBC in Leicester and has since worked for Newsnight, Channel 4 News, ABC News, PowerHouse, Breakfast News, BBC GLR, Channel One and others. He's now senior lecturer, consultant and Phd Student believes if you want it bad enough, you'll get it.
You can find clips of digital diversity 2 - the series on viewmagazine.tv

Hey,
I respect your work very much. Well worded talent goes far in the journalism career. Keep up the good work, so far I've clearly understood and followed up with your writings and I just want to throw some kudos at you, very good to hear people putting their mind to words the clear way :)
Anyways, until the next time I run across your page, c ya' ciao!

Laser Hair, why thank you. And more grease to your elbows