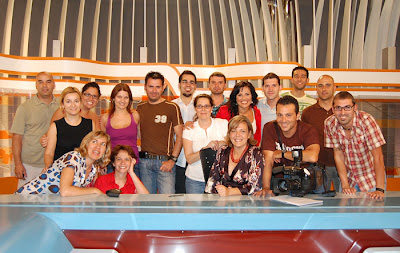 They come and go, a train stop on their journey through their burgeoning careers, and often quite often they possess that gene of "Pass it on".

As a journalism lecturer, you've seen them, indeed many, and quite often they inspire you back. And whilst many slot into jobs we're familiar with, they possess skills and the right attitude to boot that equip them for 21st Century Journalism.

Why do we read or track the progress of people whose milestones or ambitions appear different to our own? Not the celebrities per se, but those starting out.

We do it all the time, but not enough in journalism.

The inverted triangle for writing often insidiously percolates into how we treat others. It shouldn't as anyone who's ever come into contact with Skys former news boss, Nick Pollard will tell you. The cleaners are ushered into newsroom meetings to see if they have something to offer.

In this post I have mentioned Dionne, now reporting from LA for Sky; Tamer now a correspondent in Gaza; David Heathfield with Nato as a VJ - all of whom have something to pass on and have indeed done so.

There are countless others.

But one thing's certain, ambitions, dreams can and will come true.

If you want it you'll create your own luck. If you want it and possess the pre-requisite skills then what a journey must lay ahead of you in this fascinating period in journalism.

So today I'd like to introduce you to Noemi Hernández who has become a fixture on her local television in Spain.

A student from last year, Noemi had prior experience, but wanted to raise her game.

Friends and lecturers that know her are thrilled to bits for her success and we're pretty sure her journey has only just begun.

She has much she can inspire others seeking to hear from the generation bridging traditional with the new, old skool with the new citadel as you can read from her comments to questions I had earmarked for my talk at the World Association of Newspapers 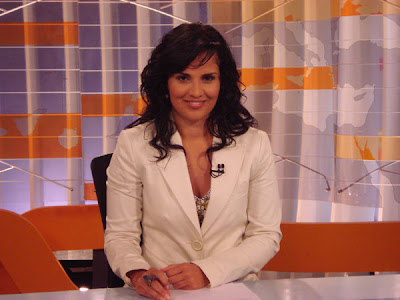 Posted by Dr David Dunkley Gyimah at 8:05 am