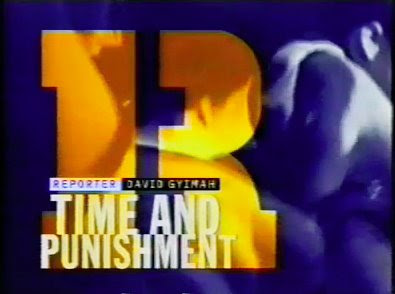 ...And another teenager is murdered in London...".

The news alone is enough to make you feel physically ill, and somehow the reporting of it, perhaps, the wording also instills a sense of unease.

Is there any other way this can be reported sans dramatic voice?

Meanwhile politicians, idiotically play the crassest of "pass the problem". They clearly have no idea.

In South Africa, while reporting there in 92, a good friend of mine who lived to tell the tale - he's now at MSF - got stabbed near the heart.

He says he saw it coming, walking down an alley in the early morning in downtown joburg as two men closed in on him either side

There was a time, I can't speak for now (limited knowledge) when South African friends would lament the value of life.

There were, still are, car jackings, muggings, gun crimes.

Crime South Africa
On one occasion listening to 702 - a popular radio station - jackers had made off with a mini bus with a baby inside.

While driving around with a radio exec in Soweto, he showed me his hand piece which a couple of days earlier he'd shot and fatally wounded a car jacker after his car.

At the police station, the duty Sergeant dismissed him saying the day he empties two whole clips he'd have something to answer for. The exec let off 6 rounds.

What happens when young people have little regard for their own lives, let alone those they resent or have no relationship with. 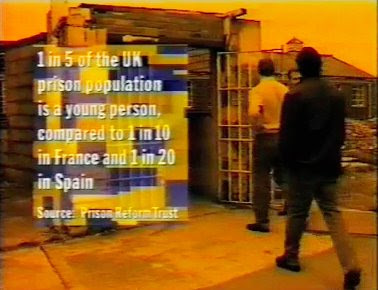 Controversially will anyone of note in the UK say the knife/gun culture has no solution?

That a generation 'Don't ****ing cares" has taken root. And that the best MPs and others can do is to follow South Africa's example.

Otherwise make a lot of huffaw, hoping the following day, bad news of a kind they have an inkling to talk about will arrive e.g. stamp duty.

Course not, but some solutions seem blindingly obvious at least in addressing a symptom that leads to some youngsters losing their way. 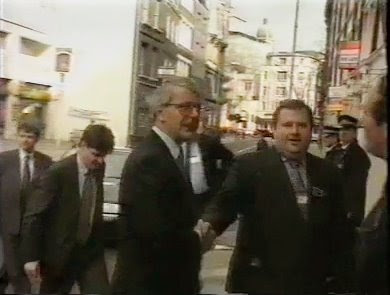 In 1992 under a tory government the perception of crime appears to have as much resonance then as it does now.

A friend's son fell by the side, despite being a model student. Stacey worked two jobs to get her son into a good school.

In part she has to from a government that taxes through the nose.

She gets home at 6.30. Her son finishes school at 3.30. There's no such thing as a latch key kid anymore because after school he doesn't come home, he's on the streets with new friends in the rough and tumble of youth culture developing his badness.

He gets home around 7pm.

Couple of months back I visited him at Feltham's Young Offenders prison. He was in good spirit and this time had picked up new fashion statements - a full fro with a three combs in his hair.

Bravado continues inside and as many of the youngsters will tell you prison holds no fear for them.

What's it like here, I asked
Ol right- food sucks though, he answered.

So what if the government underwent a real paradigm and shifted the closing of schools to a later time.

What if 3.30 became 5.30 where youngsters could do post curricula things. Football - now there's an idea!

Yes yes it's not going to reform those who just don't want to be in school in the first place, but it might do something to stem the feral nature of learning how to be "bad".

Don't be silly, do you know how much that would cost?

Not half as much rhetorically as paying for young people who stray into lawlessness, ending up in prison and costing the government a fair whack each week.

Or otherwise what about making it possible for parents to be at home around 3.30 when their young uns leave school.

Yep you're saying that's barking as well. Just think of the productivity we lose in economic value.

But why do we have to work till 5.30? What's the lesser of the trade offs? That's the whole idea around paradigms.

So at some point this week, sadly, as night follows day, the news will report another fatality, and another. And the best solution, one that dare not speak its name will be for those that can to move, yes move away from trouble spots.

Deja Vu. In Britain 2030, Children of Men really does exist.

Incidentally whilst writing this BBC Radio 4 is reporting a youth crime project in Nottingham. While you can't deny the social worth of these schemes, oh how the media loves them as the panacea for youngsters at risk. 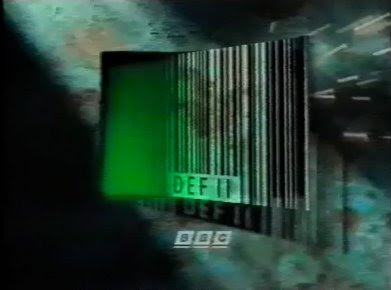 Back then it was cars and joy riding (TWOKING - Taking without consent) which became a media obsession; though there were young teenagers with guns in Manchester we interviewed.

That was 1992, today politicans still haven't found a solution other than: "lets bang em up".

And that's a shame, a real let down to a generation of youngsters who start off their journey growing up just like you and me.