Tin Reporters - The makings of a conflict video journalist 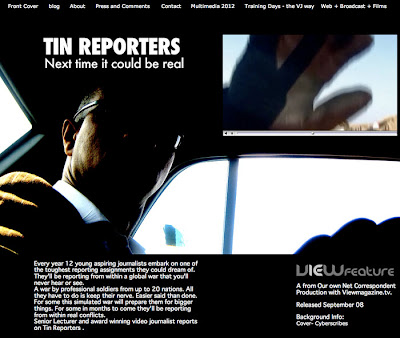 A number of aspiring young journalists go to war.

It is the most frightening experience they'll encounter.

For some it is overwhelmingly enjoyable, at least for those who know they only have a two weeks as embedded journalists.

For some its serious.

Because even though this is a simulated war: Nato's War Games, some candidates will find themselves as video journalists in some of the world's reported flash spots: Gaza, and Afghanistan to name a few.

This a film in progress, the trailer of which you can find here, called TIN REPORTERS.
Posted by Dr David Dunkley Gyimah at 8:12 am