Why I love Video - a journey through network to personal broadcasting 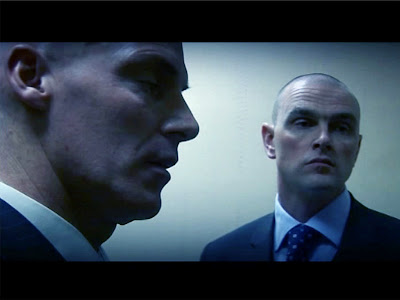 One of the most challenging, yet ultimately rewarding times I've had working daily in the media was at Worldwide Television News in Camden, which would ultimately be enveloped into becoming Associated Press TV.

The first few weeks were a revelation: video feeds, Sat 42 permanently feeding from the Middle East, telephones constantly ringing, editing-on-the-fly as feeds were coming in and broadcasters at the end of a phone demanded access and inserts for their national news.

At the same time you needed to collate information from various wire sources and present a bullet-proof script; six writers at a desk, with a chief writer overseeing final scripts.

What you wrote was often the crib sheet for other broadcasters to forge their packages.

One of the writers, beautiful writer, just beautiful, used to write for the ABC New anchor Peter Jennings....

Middle note
[in writing this post I went over to you tube to watch Peter Jenning's final on air broadcast and in that unforgettable honesty of his, he said something:

"And I hope it goes without saying that a journalist who doesn't value deeply the audience's loyalty should be in another line of work."

I never knew Mr Jennings but I was introduced to him and shook his hand, when I was an ABC News Associate Producer in Johannesburg during South Africa's 94 election]


Real Time News
By the day's end at WTN we'd package two reports, which would be sat'd over to CNN, WS and a host of international broadcasters.

It really was something to finally get home after a shift, tune into CNN to find your package being played.

I even kept one of mine, because WTN and supposedly other agencies made a science or art of packaging pictures and words:

Posted by Dr David Dunkley Gyimah at 7:48 am