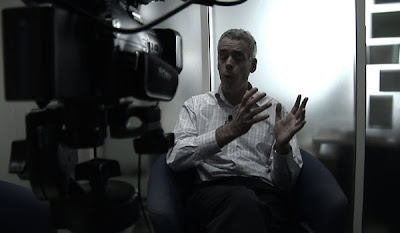 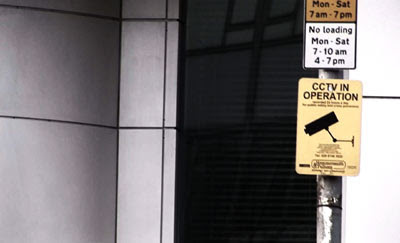 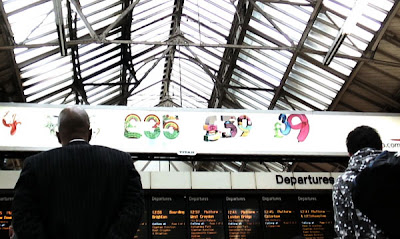 Dom Omope was the second shooter on the BBC interview involving a number of super bloggers from around the world.

He's a former student of mine in a manner of speaking who is now doing a masters at Goldsmith in broadcast journalism.

Whilst he has a strong visual eye he wanted to know more about aesthetics and promo making.

He'd shown some previous work to technicians he knew who commented that I'd used Boris FX to make this film Digital Diversity.

I don't use any effects from Boris or pre-made, preferring to create them in FCP and then After Effects.

In my studio we built this promo and it took about 10 minutes or less and then another 5-10 minutes exporting and washing it through Flash.

It's a visceral thing, but yes it can be taught and I think Dom took away a few tips.

One is identify a style and copy that. I trawl through Apple Trailers looking at new editing styles.
Secondly don't be afraid to experiment.

I laid the bare bones of this short promo within a few minutes, influenced by the camera movement, then set about manipulating the film.

An experiment I play with some friends is to show them a match fire, ask them to close their eyes and then place some ice on the back of their hand.

Many swear they have been burnt.

We're so used to matching perceptions with outcomes that it can be difficult to look for new meanings. I'm a fine one to speak myself, but I do like the idea of being taken out of a comfort zone.

Doesn't always mean a shoot will be a huge success. 9/10 times I'll make good of it, but I'm greedy ( sorry) I'd like each one to satisfy an element within me that says, this thing that we do is being moved on, even if its in small steps.

One of my inspirations is the Ronin. I'll post one of his latest promos later today.
Posted by Dr David Dunkley Gyimah at 10:15 am