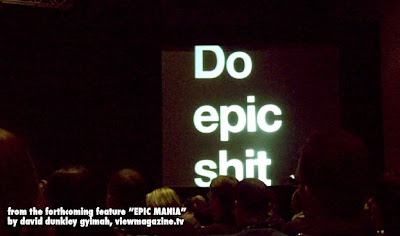 It's not what you think its is, because you can gather as much notes as possible, wield your pen like a sword in battle at Hastings, rubber neck at the design artisans whose work yield no formula for you to translate. But you have to let go

When the day wraps you'll stand alone, gazing onto the streets and people below you.

You're tired. You can't quite figure it out. Will you be one of the new video-architects that will inherit the earth?

Everyone's doing video and if they aren't they could easily do so. Talk Video is cheap. So you're thinking how do I do it and do it differently. 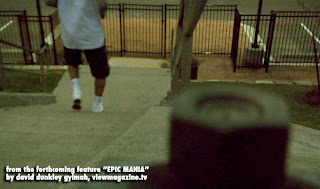 Dan Willis, an engaging entertaining speaker opened SXSW with his caveat: Birth of a Nation, DW Griffiths racist yet breakthrough movie that would inform many others of thinking scale, going creative, breaking away from the conformity of traditional structures.

It's a wonderful observation, and ascribes to a value of film making which Hollywood would later dine on in excess and still does: DO EPIC S**T.

Yet there are other examples, many. One of my favourites is Melies' Le Voyage dans la Lune in 1902.

What you have to recall about this time is cinema, the birth of the moving photographic image is new. There is no precedent.

Lumiere [ the inventor of film-cinema] as expressed by countless studies sees no artistic value in this medium: "Film" he says "is nothing more than scientific curiosity".

George Melies 15 years on from Lumiere's first "curiosities" produces a film of fantasy. It's never been done. 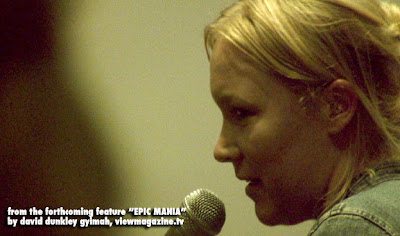 The video-architects of today are themselves setting new courses, defining a semiotic game theory behind this new comms-art which is growing online.

The true scale has no where near materialised yet. The web I have said in previous posts, and you know is only a teenager and if you're grappling for the turgid sense of change, I'd advise you watch my colleague Mark's 1994 short news feature on Newspapers and the web. 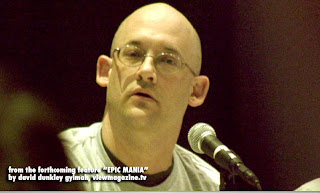 Clay Shirky on innovations in publishing at SXSW.

Just as the mobile phone will soon change beyond recognition. Its ergonomics and design is at present superfluous around the contours of our face, video on the web - a 3d spatial grid will change.

There is nothing intrinsically technically beyond wonderment about video. Every one's doing it; the illusion about its intellectual execution held fastened for decades has been shattered.

It is the "Fish and Chips", the "Pasta Bologneses", the "Pap and Chicken" of electronic communications.

When 19th Century Art under the auspices of Academy Le Baux were forced to moved away from classical metering, chiefly through the new impressionists, it was the dawn of the wondrous and exciting modernism.

This glimpses the new tear in the sky. The language of the new medium will likely emerge as bold as those that have trod this path before us. And they too will be ridiculed. "But this is not news@!£"

In cinema, the greats e.g. Kubrik treated their craft like the golden fleece. It wasn't enough just to think ambitious, to direct a scene, but to comprehend the medium's 'architecture'. Kubrik understood films malleability as did Hitchcock whose Pleasure Garden circa 1925 and the Lodger which follows lay the foundation for his later opus.

Space, dimension, the image-sentence informed, albeit sometimes subtly the deep recesses of what might be called "Kantian beauty".

We're drawn to an aesthetic. It does not trump all, for style over substance is unforgivable.

The question-statement I posed to an engaging and warm audience at SXSW, the question posed to the pragmatist futurists Henry Jenkins returned an answer that urges us to look at the whole product. 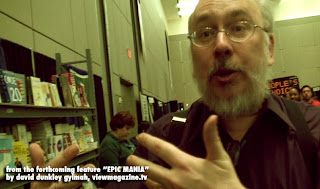 Visionary Henry Jenkins being interviewed by me [David] about transmedia.

In essence DO EPIC S**T

Hollywood's since upped its game in a bid to return costs and profit. De facto it's been playing with its form. The few blockbusters subsidy the loss making experiments it unveils to stay relevant in our times.

Videojournalism has some way to go yet, but we won't get there by aping past forms, by feeling smug at what was once, by assuming it it aint broke why fix it.

We'll get there by innovations, alchemy, of jumping of the edge: as an applied chemist I have some inkling from the evenings spent in labs trying to shape a substrate to match a chemical formula and failing.

But failure was one step away from transitory success. Transitory, because today what is relevant has no guarantees for its future.

The alchemists of the video age are out there. Channel One's defunct broken model, I told delegates at IM VideoJournalism presents an interesting spring board for a new generation.

The video feature Epic Mania from SXSW will be published soon.. [ I hope!]

David Dunkley Gyimah presented IM Videojournalism at SXSW from presenting at WeMedia where his work was cited for Elevating multimedia narrative through tireless experiments that push MM to a higher standard. He was a 2009 RTS and International Video Journalism Awards juror. More on david here
Posted by Dr David Dunkley Gyimah at 11:34 am