Extreme videojournalism. It used to be the case that I took it for granted the assignments that I came by freelancing for the BBC World Service or working for anyone of the number of networks.

But recently I met with some friends and later this year we've mooted an expedition for the sort of shoot that has its risks, ( risk assessment forms ready) but would yield great stories.

We're back to the down and dirty, get into the trenches form of videojournalism. No one ever said this stuff was glamorous.

It got me thinking about some of the more extreme assignments I have undertaken in the past, so here's a precis of my top ones. 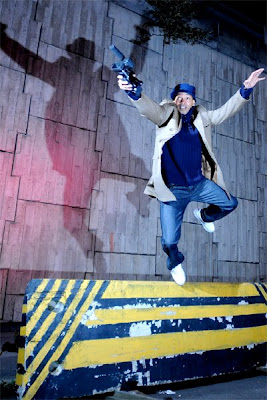 This shot by David Berman of Sitbonzo is the only mocked up one. I said to David about what I had in mind and he had me leaping off these wall. It's probably a shot that would be apt for some promotional stuff - whatever that may be. 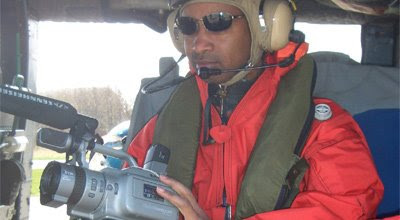 Out with Nato, we're in one of their attack helos. The journey is controlled, but still has its risks. I get out to grab some shots and almost get swept of my feet by the blades. 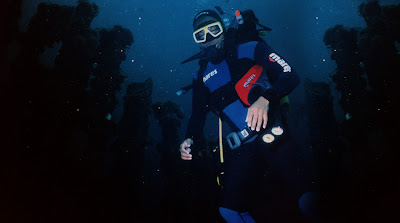 One of the more extreme assignments, 5om below water and within minutes caught up in ribbon current which will seperate me from my buddy and cause me to hyperventilate and run out of air. We did the odd buddy breathing as I decoed going up. The feature exploring WWI wrecks in Turkish waters made it onto the BBC World Service. 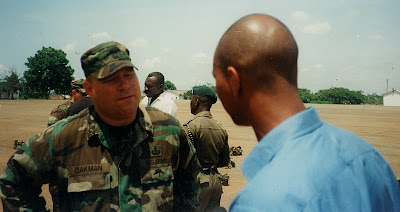 US special Forces were in Ghana training ECOMOG forces for among other things free fall across enemy lines. I declined because of a timetable clash an excercise with live ammo. But this was the closest I have come to also interviewing Ghana's senior armed forces, who normally shy away from going on camera.

This was an expeidtion to Jordan which resulted in a report on BBC World Service radio. It's hot and I'm filthy. I'd spend some time with a local tribes group and then overnight in Wadi. It's an eerie silence that's incomprehensible. 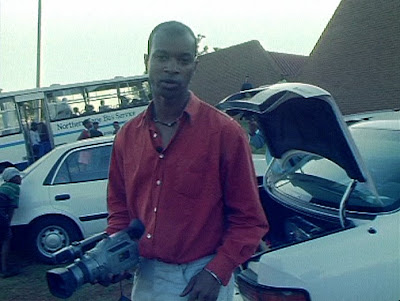 I worked the townships during my stringer ( freelance correspondents) time in South Africa 92-94. There are endless stories here, which are pretty extreme. On one occasion we're being followed by a group. The guy who's car I have emerged from has an incredible story to tell. we're asked to leave Soweto by nightfall.

The camera is the legendary sony vx1000 . The first consumer dv cam on the market. Mine lasted many years. I still have it.
Posted by Dr David Dunkley Gyimah at 11:07 pm