SXSW rocks. Next on SXSW - Viewmagazine 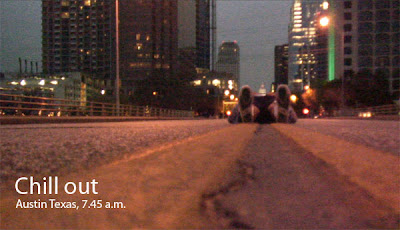 SXSW rocks. Next on SXSW.

Apologies if at all for the effusive language. This morning, Sunday, I got up tired, groggy. It was 7.30. Urgh overslept.

I looked outside my window and I was on Danny Boyle's 28 Days film set. The streets were deserted.

In this shot above I'm lying in the middle of the street: it's now 7.45 Other shots followed. I have got the nose for SXSW promo opening. Serendipity. 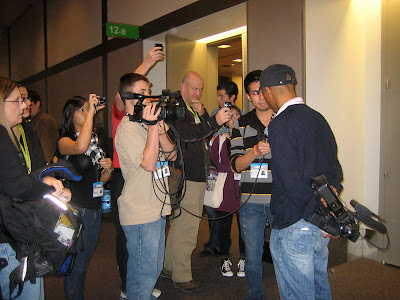 After the event. Picture courtesy of Karyn Johnson 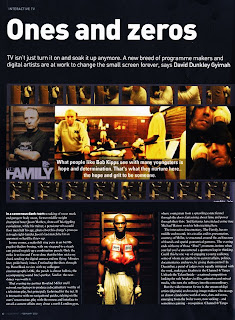 Meanwhile, I have completed a segment of yesterday's talk which you can find here and on viewmagazine.

Within the piece I make a number of references. This one to a Blue Print article is probably worth a read, insofar as the content is quite apt for its time. The article was however written in 2001.

No I hope this doesn't come across the wrong way. The article highlights the flux and energy of digital creativity. It's a continuum.

There's another goody on Viewmagazine.tv. One of the video's from Nato's War Games that I showed and made the point that as a swarm of VJs we could cover conflicts coordinating our shoots.

I have worked enough hostile and conflict areas in Africa to know its potential. The comparison and potential for live cine-videojournalism alongside BBC Newsnight's award winning concept: 10 Days to War, remains strong.

The point: that drama could be undertaken by VJs with strong direction. Did you know that 24 used the z1 camera? Slightly bigger than the camera I'm using.

BTW the Editor and commisioner behind 10 days... Peter Barron has since left Newsnight to become a senior figure in google, but I hope to interview him about the show soon.


David presenting at SXSW on IM Videojournalism from david dunkley gyimah on Vimeo.


Late afternoon yesterday Paul Egglestone , amazing guy from Sandbox (UK) and I did a couple of talks on camera about the event. I'll post soon. And I got an interview with Zoe Magolise who wrote the "top blog" : girl with a one track mind and was outed by a Brit Newspaper.

I'm hoping to turn those cuts over to student at Westminster.

Today on SXSW
Today I hope to put together a couple of interviews, so please if you see me do come up and lets have a chat.

An hours talk is sufficient time, but there's so much I can talk about how VJ shoots cross over into shows.

So on viewmagazine, you'll find a story shoot I did with


To everyone that has been so generous, I'm indebted. No point playing baseball in a public arena if you don't have crowd support. :)