Thinking inside the BBC's multimedia Newsroom 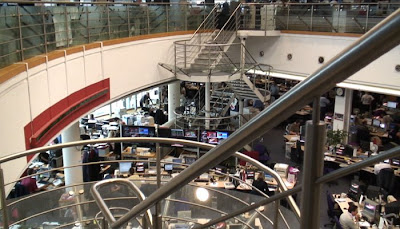 A year ago I interviewed the BBC Head of Newsrooms, Peter Horrocks in a vlog butterfly, inviting bloggers from around the world to ask a question.

I had wanted to explore the BBC's move towards a multimedia workflow, but they were in the middle of the move, which remarkably given the wholesale changes to the newsroom, it's any wonder there were no major clangers to the BBC's broadcasts.

Today, courtesy of the Deputy Head of Mary Hockaday, whom last year I shared a panel with in Podgorica, I was given a tour and the thinking behind the BBC's structural change.

I worked on and off at the BBC between 1987 and 1999, so there's some context I'll be adding to a longer post or book chapter later.

Inside the BBC's multimedia Newsroom 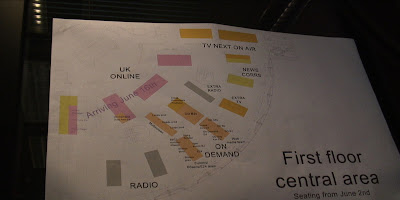 So what did I find out?

A snap shot. The web team's integral relationship to the news operation both in terms of configuration and placement along what Mary referred to as the "hot zones" and "cooler zones" in the news space.

Nothing new you might think, but it impacts on any trend analyses to scalability on the one hand and how new and existing broadcast networks might shape up for future news brokering.

The BBC moves to a new newsroom in central London, broadcasting House in 3 years time. 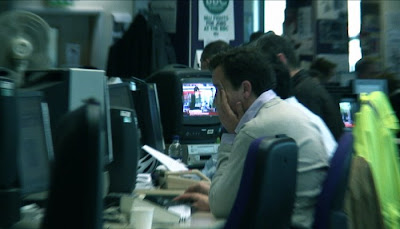 Three years is a long time in media, and it'll be interesting to see any alterations based on their existing structure, particularly towards servicing IPTV and mobiles, ever growing in prominence.

Broadly the other noticeable, how internally the different machinery within the BBC, which once fostered an internal competitive market, seemed to link together.

There's always been a healthy rivalry within different networks within the BBC, Radio 4 vs News in the days of Rod Liddle (1998 - 2002) and there still might be, but the "eyes across" each other renders programming more transparent.

New posts - a sort of super editor, the Multimedia Editor; and BBC intakes meticulous eye across agency output as much as their own.

In the past I have written on the Financial Times Multimedia Newsroom, the Telegraph and Channel 4 - which dovetails in an ongoing analyses into work practices and how to set up a newsroom from scratch. 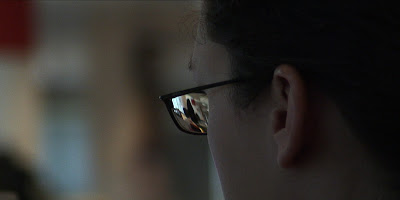 Some contextual information. In 1994 the station Channel One, where I worked, and which pioneered VJ as an exclusive work practice produced a template for working multimedia which would be apt amongst today's varying configurations.