Video journalism - what does it take to be one - before and after the web? 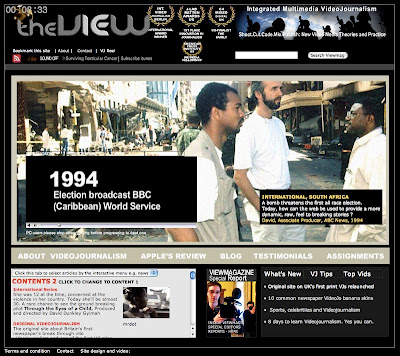 South Africa circa 1994. The whole world holds its breath for THE elecction to consign apartheid to the history books.

I have a hi8 camera and Sony recorder I'm using in the townships in areas like Katlehong described as the murder capital of the world.

Nine months later, a total of 18 months in South Africa, I'll be in London going through the ropes on this new thing video journalism.

We often talk about the tools to become a videojournalist, but what about the qualities?