Young people don't get audiences say BBC: I made this video, but who's it for? 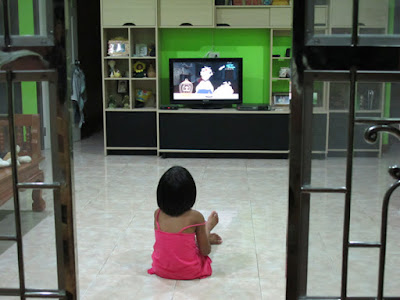 Nice video but who's it for?

And that's when you shake your head with incredulity. Who's it for? What a stupid question.

It has has everything: shallow depth-of-field, interesting characters, a good script and a Terrence Malikesque score, and you're asking who it's for.

Is this a media snob thing?  Because if you produce your video with its depth-of-field, good script and Terrence Malikesque script , so long as you like it, who the bakedbeans cares.

The BBC Academy does of course, and it's why in a summit with UK universities it was keen to get across the following points.

1. Graduates wanting to join the corporation just don't understand what the audience wants
2. Graduates today just aren't curious enough to push themselves to make interesting programmes.
3. They need to be more innovative.

It's a likely salvo sent across the lecture rooms of many media courses, because try as you may unless you're planning a mass lobotomy you're never quite understand audiences . But do they have a point?

The BBC has a sizable audience research lab, but I can't remember ever having a debate with an editor over a commission in what the audience wants. I know that conversation happens, but I do remember well the mantra in Channel 4 News. What will the audience be talking about down the pub!

This non-audience talk could be for two reasons. That firstly I brilliantly already knew the audience's needs - which is hardly likely. Or secondly, the editors were so in tune with the audience they're sort of a public barometer- very likely.

Trouble is the selfish gene of modern programme makers is common place.

When Wired's Chris Anderson revealed empirical anecdotes for a phenomenon called the Long Tail, it legitimised our need to be self-satisfying.

Because, it suggested whatever you do, however bad it is, you'll always find an audience.  And never mind if the audience is three in the UK, you'll find another two in Bojomburu and before you know it you'er the people's choice.

But the ideas behind audiencing - thinking about serving others - though can get pain stakingly scientific is as prized an issue for today's budding film makers as Social Networking is.

There are some basic things audiencing tells you. Firstly that your use of language, its tone and construct target particular groups. Here's where it gets interesting.

Television sorts out audiences according to class demographics, which it equates to set viewing times so A= upper class; b1= upper middle class; b2 lower middle class and c1, c2 working class and so on, and these groups watch television at set times.

But that's not so PC for you, because you're web based where time and demographics are all but immaterial (the BBC's iplayer jumped by a million user it said yesterday), and your concept of categorisation is by a number of methods e.g. geekydom, youth, trendyness, disposal income.

But there's something else audiencing can help you with. Take this passage from Annette Hill's Reality TV.


"In the UK, the rise of reality TV was connected with the success of American tabloid TV and the demise of documentary television.... The BBC's interest in popular factual programming was a response to political pressure from the Conservative government in the 1980s and early 1990s".

What you're getting here is a sense of how programme styles change, which means once you lock into the study of audiences you get a good idea of what the audience want, which now means you can go about crafting your programme in the knowledge that you're in the zeitgeist.

So you can be as selfish as you want and still net an audience whilst exercising your social conscious too.
Posted by Dr David Dunkley Gyimah at 8:50 pm