As with Videojournalism, the turn of 2000 would produce a new crop of digital creatives who were equally at home encoding as they were filming.


Flash couldn't support video, so you had to create the illusion of movement with bitmap images, and when it did you'd be hard pressed to have a control panel.

It's one reason why if you look through some of viewmagazine.tv my sites early work there's no player. 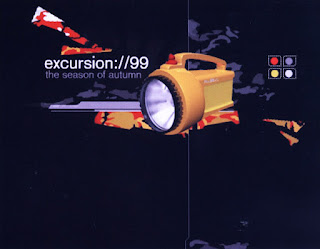 If video wasn't the in-thing before 2000 what was? Simply, text and images and the daddy of the story form was one Matt Owens, who launched his voluminous site called: Volume One.

Matt, from Austin Texas became the icon for many design/video companies, also popularising the Death March - working 16 hours a day.

What is it with Austin Texas, with the likes of Owen, Rodriguez, Slacker generation and SXSW?

Web-based storytelling is now a lucrative field and an integral part of the final project modules I supervise at the University of Westminster, from design, broadcast and agency experience over the last 14 years.

Interestingly, and perhaps somewhat disappointedly its workflow has inherited Television's division of labour, with the producer, researcher, writer and so on. I do away with that.

Yet also it's understandable, given web story form has become the primary job of the designer and encoder as one, and not videoists. That shouldn't have happened.

The television industry's insouciant attitude to all things digital online was the cause. When they sat down to regroup, it was to dust off a 30 year old idea of going HD.

The web would never compete with us now was the thinking, though that's a fallacy for anyone who knows Gilders law.

Web-basing grand stories
But to become a true tour de force, whilst web docs do well for online, the psychology of solo story telling in scale, quite literally, can be lacking.

That said, a number of web-based story forms have become indelible, such as the Filmmakers in Residence project, and Soul of Athens - both group projects.

Below are some outstanding pieces from previous Masters students.

First how do you approach web based story?

Online multimedia story form follows a similar logic to database storyform, redolent of computer programming. Though it's based on textual ( print) and video ( TV) codes, it's killer app is online's hyperlinking. So choice and arcs (emotional and narrative) can be inbuilt.

1. Determine what the story is. The more compelling the content, the more you'll be able to use emotional or conflicts arcs to create your jump off spot. Think page-turner of a good book
2. Map the story out, building in contingencies for uncertainties and attempt a linear narrative.
Invariably sub stories will find their way into the story. When that happens go back to point 1.
3. It's all with the front page - the window into your site. Get that right and it's a good start. There's singularly one place online which groups some of the best front pages, designed to sell you that one story. Apple Trailer site
4. There's a very common theme on the site. See if you can spot it. Philosopher Deleuze refers to it as the affective image.
5. Now comes the delineation of the story, which is where personal supervision comes in to determine how and what apps to use to create the maximum impact. In part it involves project management and a willingness from the student to push past their comfort zone.


Here's Six of the best of our Masters 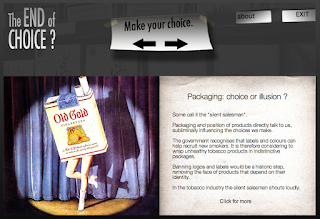 1. Romana's work about cigarettes and its new restrictions was an emotional journey.

A drupal expert, she had to grapple with videos, and a design aesthetic which worked to give the site an aesthetic and themed feel.

I'll remember the debates we had around the sum of individual parts  cohering to provide something bigger. Romana now works for a design company in Germany. 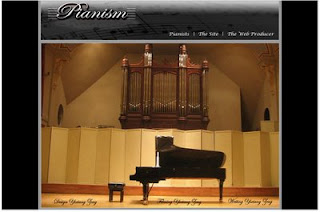 2. Yixiang's site, though it took on a traditional narrative, its excellence was in profiling the Royal College of Music's incredibly talented solo pianists.

Entitled Pianism (it's no longer online) Five experts perform especially for the site.

Yixiang now works for Reuters in Hong Kong specialising in writing about Finance. 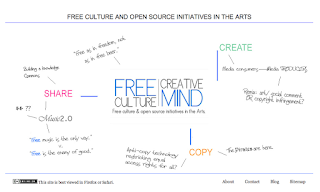 Well thought-out and a good resource.

Such was her work ethic and understanding in our SEO profiling that if you google "multimedia journalist" she's usually on the front page. 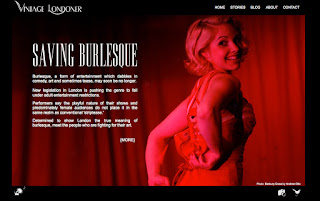 I recall how a series of exchanges had her nail the front page. Its an Apple Trailer site! 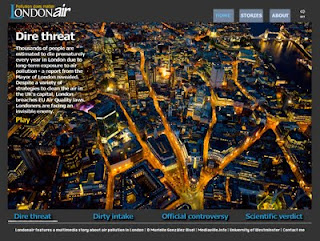 She worked hard to get this to work, and when she thought it was all over feedback had her redouble her efforts.

The result is a cinematic grouping of photo-stories explaining London's dire air. 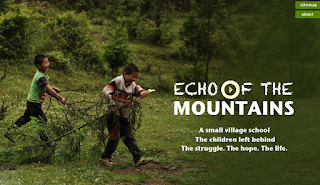 6. Stephy's Echoes of the Mountain examines the plight of a small village in China, which the author claims is indicative of many others.

Breadwinners leave the village to earn a living, leaving their children with elderly citizens.

This is a heart warming and wrenching story. The site's margins are out, since last reviewing it. 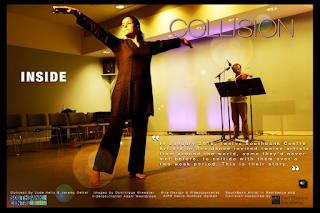 David Dunkley Gyimah creates and lectures in online video story forms. He publishes the award winning site viewmagazine.tv which includes projects such as  Collisions at the Southbank which covered a week of creative work between artists. And previewed multimedia forms at the Olympic 2012 pitch gathering. He's currently completing an web story around his four-year videojournalism programme in Cairo.