Beyond News and Videojournalism 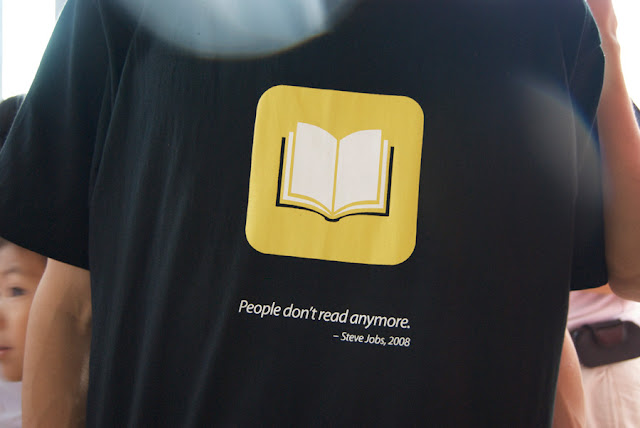 Innovation fuels ideas; that much is in agreement.

And innovation is determined by technological advances. We require it and in so doing run to the next show with its clear label of techno-fetishism, where everything we surmise about video and videojournalism is about equipment.

Watch online as bag after bag is opened to reveal its camera-porn contents. Its proclamation is "You too could be a great video maker".

Sometimes our ideas must marry with the latest camera technology to realise our dreams; James Cameron waited ten years to make Avatar, the equipment had not been invented.

And then there are others when technology leads us to play, like a kaleidoscope, and through serendipity, we make a find, dramatic or otherwise.

American film makers dumped Edisson's Zoescope for the Lumiere's Cinematographe more than a 100 years ago to make movies. Serendipity is how Laforet might explain his ground-breaking film which launched a generation to DSLR filming.

In 1994 Sony could not have predicted its 3 chip consumer camera would be gobbled up by professionals; the price rose overnight, just as Canon never saw the rush for its DSLRs coming. There will be new ones soon; technology is cyclical.

Yet innovation is not wedded to technology; it is about ideas. And ideas are about the philosophies of thought, their complexity and simplicity.  Ultimately whether you're using a super 8mm or Hollywood-set Arriflex, it is about how you translate a concept to something that has meaning - for you and the audience.

For Heidegger a part of that thought lay in Dassein; where for instance we need not have experienced flight to the moon to be able to conjure up lunar imaginations. Yet also the complexity of thought relies on the nutrition of experiences.

These experiences can be experiential; you went through them directly, hence the bragging rights on your CV about travel or years of doing, or otherwise epistemological - you learnt by reading, and looking and are a grade A student.

So knowledge, broad knowledge, is desired and knowledge is not fixed. What was known yesterday, is not the same now.

This was one of the enquires within hermeneutics, which is increasingly why I argue against the notion of the expert's knowledge, and as former students will testify to a "wisdom of intelligible crowds" approach.

The solutions sought for this generation must be a fundamental overhaul of corporate News, the biggest of impostor of our times as a naturalised construct.

Because corporate News as I call it still holds sway to our thinking, a thinking instituted in the 1960s, and that is in spite of the Internet.

We require new voices to explain the ramifications thematic events e.g. European elections, against the backdrop of the destitute, the Rosettas (1999) the Dardenne's award winning Cannes film about a young girl looking for a job; or Le Fils (2002).  And we need to reflect unsighted themes that interrogates societies such as Asgar Farhadi's movie Seperation (2011).

The test for beyond news is tilting audience's expectations to matters that concern contemporary audiences in a braver syntax that challenges the present construct called News.

Because at the moment few seem to care.