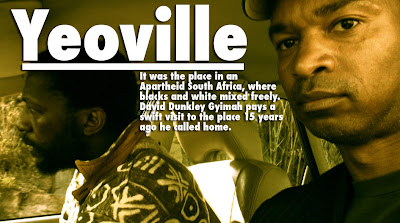 The BBC's resources allow for it, but even then their division of labour means the doc feature is undertaken by a team of specialists.

The news then takes over cutting a 2 min piece that both serves as a genuine news item and also a de facto promo for the longer feature.

Wounded on the BBC tonight is a first in many ways; the first time a BBC crew has been allowed by the Ministry of Defence to report on the progress of wounded soldiers severely injured on the front line. The content is raw, also reflected in the film style - a gentle piano plays in the 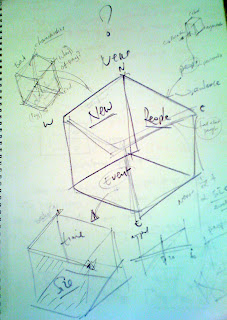 News' traditional aesthetic couldn't have matched the impact. So let's return to how I started.

The BBC has the resources to do this, but as a videojournalism outfit you don't. But in an environment bursting with video how do you make a difference?

At the South Bank in a couple of weeks I'll be presenting in one of the theatres how I put the z-principle and the tao of videojournalism into action anytime I take on a story.

Also, I'll be highlighting the swift turnover involved in the art of video packaging and how the collision of news, cine videojournalism and art work together.

That often, subconsciously now involves the rubik news cube- which i use to ensure the item meets some of the characteristics of new production. (see fig above)

One of the by-products of video packaging we rarely talk about is archive and its use in contemporary made features. In a short I'm currently cutting from South Africa I'm using archive as a core primary purpose to drive the film.
Posted by Dr David Dunkley Gyimah at 6:21 pm