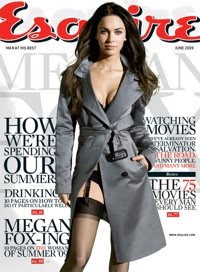 Esquire ups the ante in picture aesthetic. No not the model!
It was always going to happen and has been on the cards for yonks with newspapers grabbing TV frames.

Occasionally it draws ire from the photojo community, but as this shot from Esquire which prides itself on glossy pics demonstrates, the video frame is not to be sniffed at.

Yes, according to Esquire this is a video frame as opposed to a photo pic, which is likely to prompt scores of plenary sessions and conferences asking: Is photography's future the video frame grab?

There's a good article on the Nieman Journalism Lab site revealing what the snapper used: a Red Camera

My two pence for the relationship between videojournalism and photography goes something like this:

I worked with a Nato-assigned photojo. In his own words he hated video cameras. He couldn't see the "moment" when using video. As a videojournalist we exchanged notes. Videojournalism for me, I told him, was a dynamic flux between the instant, situating oneself to anticipate the inter frame, the "visual moment" and prompting the appropriate narrative, where applicable. e.g. anti aesthetic VJ shoot
I do a lot of work now with some amazing photojos, e.g. Yannis Kontos, who get the video moment as well which can yield interesting results c.f. pixels without borders

Incidentally with a dop adapter to small handheld cam like the sony a1, I'm quite ofay with this cine-look here, which will get even better in the future. 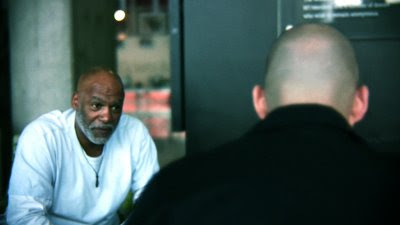 Posted by Dr David Dunkley Gyimah at 2:46 am