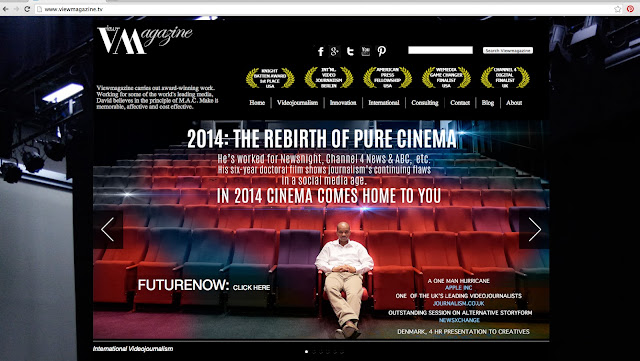 And David is really excited to bring you the new layout and  approach it's taking in 2014. This will  combine a return to my core roots of filmmaking, but bridging it with the innovations of cinema and social from the results of my six year research.

Whilst the carousel effect is no by new, we hope your like the way viewmagazine.tv has laid out its themes and the design.

Carousel 1
Features the big theme of 2014. Cinema is coming home. It was always the intention of some of the brightest minds to bring you the zenith of storytelling e.g. journalism, through cinema, but the institutions fudged it.

They did so for various reasons, but in 2014, viewmagazine.tv and David through his work will explain the approach. Elements of this led to awards in the past. e.g. Knight Batten and Videojournalism and this year is also partly responsible for me being made chair of the UK's highest television awards in the category of innovative journalism. 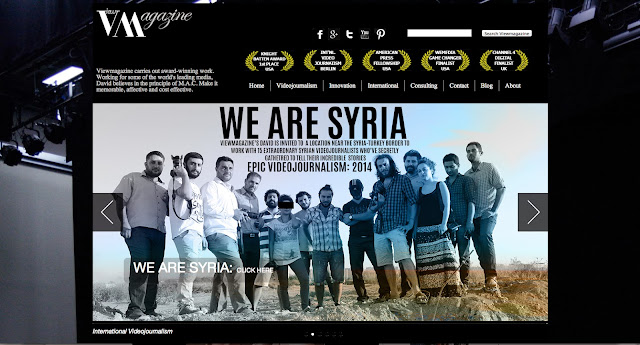 Carousel 2This shows one of the biggest stories that was started late 2013 profiling some of the most courageous young people in Syria who supply stories to the international networks. Today, when I heard about the death of seventeen-year old Molhem Barakat, like many I was deeply sad and also angry [see his pictures here].

Sad that a promising photojo should lose his life and angry that whilst many are paying homage to him, there's a debate about risk assessments that is happening and should. A couple of weeks ago I attended a BBC event about safety. One of the popular news sites in the UK is looking to run that story.

The group I met near the Turkey-Syria border ttake incredible risks and they eloquently lay out the issues that we, outside of the war take for granted.

Take this pic above. A young videojournalist is taking a photograph of a camera, but there is a deep history behind this camera. Up close, the next shot shows the scars of the camera. 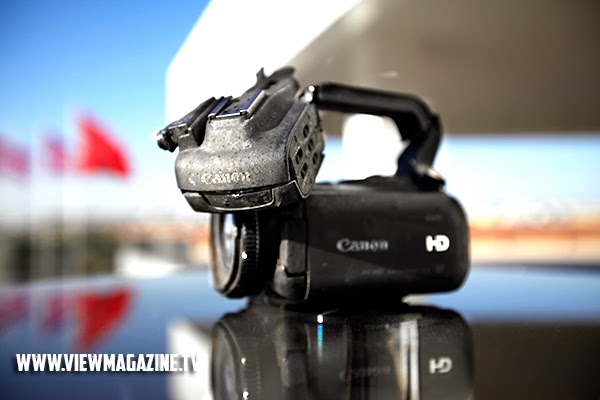 The camera belongs to the brother of the videojournalist taking the pic. The brother has been abducted by either the free Syrian army or government forces. But on the cameras chip may be clues to this mystery. The scars on the camera come from an explosion. 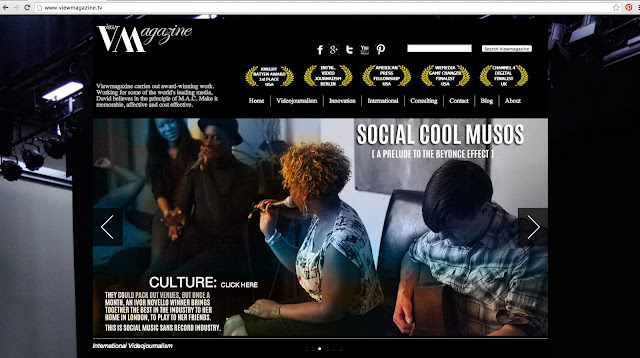 Back in London, and the absurdity of segue way from war into the prosaic of music. One evening I was invited into a house of a friend of a friend. If you've heard of living room restaurants or underground restaurants, this is the underground gig.

But there is one significant difference, the host is an Ivor Novella award-winning singer/ song writer. Her friends e.g. Heidi Vogel,  like her fill out huge venues, but they're going local and intimate. Why?

The reason why this is significant and will have a meaningful effect in 2014 is because of what Beyonce did a couple of weeks ago. Friends, fan base, call it what you want, but by going intimate with your friends you raise social to a cool new meaning.

And in the UK, South London, the home of cool, this social matrix will revolutionise the music industry. As one friend, Q put it, why does Jay-z come to London all the time and quote Magna Carta in his records? 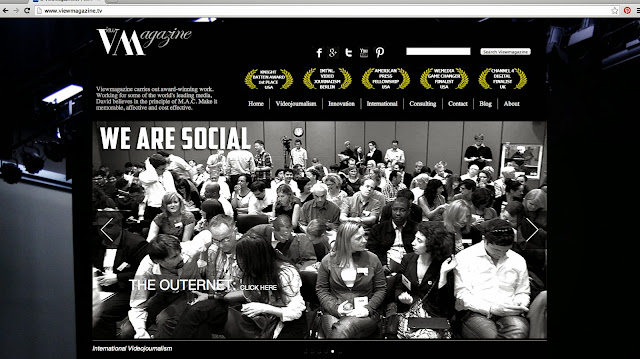 We are Social. Some months back I attended a BBC social meeting. Anyone who was anyone in the world of Social was there. Look carefully and you might just spot me.

But here's the question, why is it that most journalists don't have as many socialees as non journo types. OK, whilst some journos have huge followers, I am making the point that there;s something inherent in appreciating social networks that most journos need to unlearn.

Journalism is hierarchical, Social media isn't in that naked way, though by default the share acquires social power. I'll explain more of this in several projects I'm involved in. One of which is working with one of the UK's leading comedy houses to find out what makes different cultures laugh. 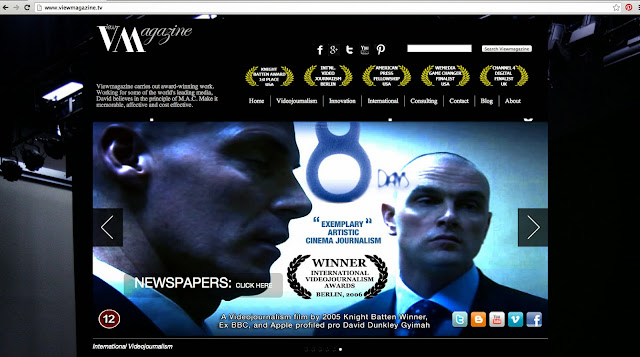 This is the film that started it, back in 2005. The first UK newspaper videojournalists, who I trained and then turned this into a film. Since then, the same methodology has been extended to Egypt, Lebanon, Chicago, China, South Africa and the Financial Times UK.

So what have I learned and what can you learn from the interviews I have conducted? 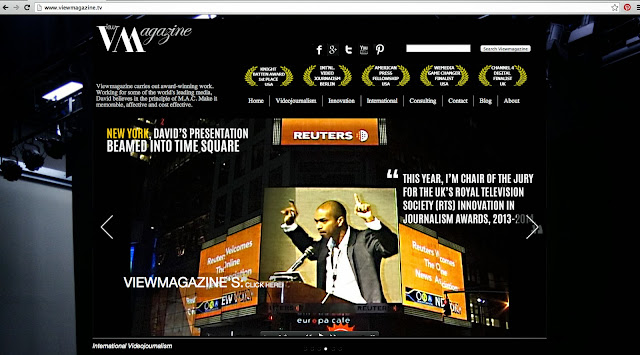 I dug this picture up from back-in-the-day. +ILICCO ELIA one of the UK's leading mobile technologists said recently "come back 2007". I took it to mean in 2007, as the industry was in stasis, people like +ILICCO ELIA were turning it upside down. I shot this below when he was at Reuters.

They pushed hard with their ideas, but institutions, Foucault stated in one of his philosophical musings that big business has a way of bending creativity to suit its own needs. He called it discursive formations. 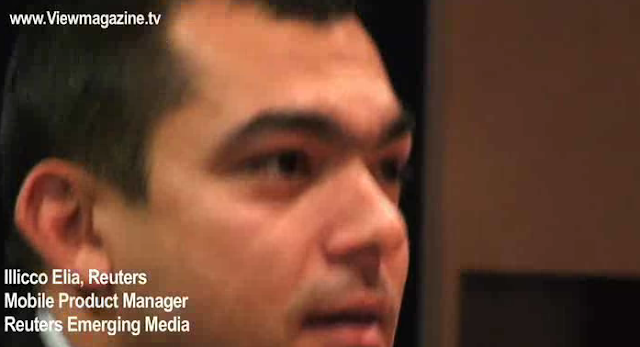 In 2007, I had strong ideas myself and was invited to speak to the ONA about videojournalism. Those pictures were beamed to Time Square.

Seven years later my exhuberance has not diminished, but I am bound by a different type of curiosity. If I thought I knew what I did then the way I do now, my future would be different. In 2014, my PhD draws together. Six years of intense research comes not just from contemporary knowledge, but an understanding of the past.

Wow! One of the biggest revelations was to learn that what we're going through now is akin to what our grandparents went through in 1920. Technology was on the verge of breaking in a big way. It was a carnival of ideas.

If anything between the period 1930-90 could be argued as the destructive in terms of creativity. It's the period when the artisans give way to convention. When the suits came to dominate creativity through structure and finance.