Nelson Mandela - The election, the fight and the resilience of South Africa


Between 1991 and 1994 I was based in South Africa, Johannesburg (Yeoville). I first visited the country in 1991, whilst working as a presenter producer on BBC London, where I interviewed South African embassy officials about Apartheid. 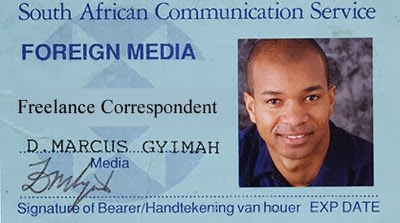 In 1991 I report for the BBC's internal magazine, whilst coming back to the UK to work on BBC Reportage. 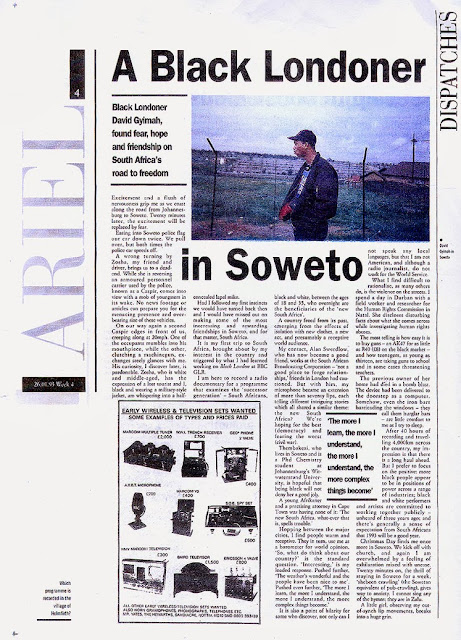 It could have all gone wrong . Working for ABC News as an Associate Producer and freelancing for the BBC World Service a bomb explodes on the eve of South Africa's election. Could this be the ene of the dream? 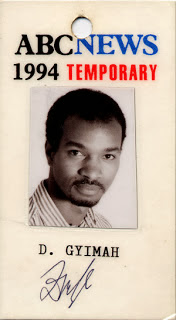 South Africa keen to attract foreign investment hosts US secretary of state Ron Brown and delegation. The backdrop was the ANC's perceived anti-capitalist stance to business. 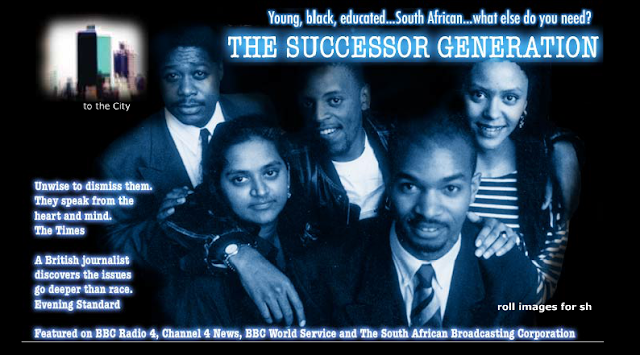 My most memorable. BBC Radio 4 commission a one hour documentary. I call it the Successor Generation. It becomes the only international documentary report bought by the SABC and played on the eve of their election.  It features some of SA's emerging talent who are voting in their first election.

I will post that as a special tomorrow.
Posted by Dr David Dunkley Gyimah at 11:58 pm