A few experts who have spoken about David Dunkley Gyimah's work. 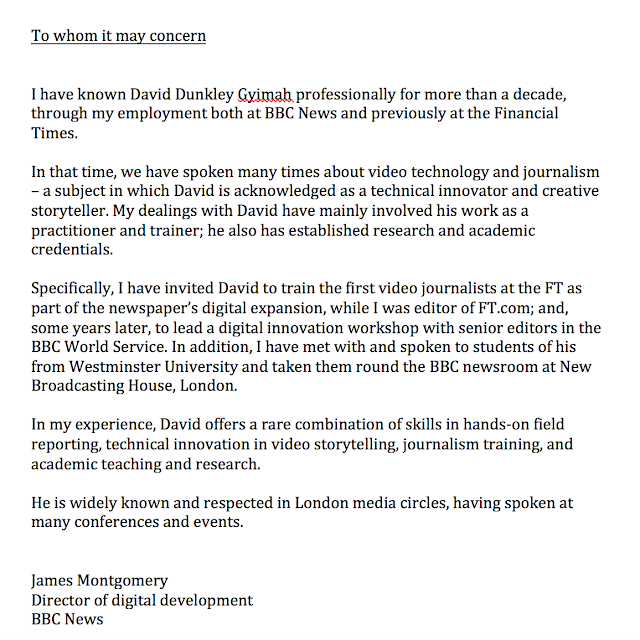 2. Jon Snow is one of the UK's leading news anchors


jon snow on david from david dunkley gyimah on Vimeo.

3. SXSW is the largest creative gathering, which happens in Austin Texas. Getting to present at SXSW is a rare and huge honour. Here's what some of the delegates said below. 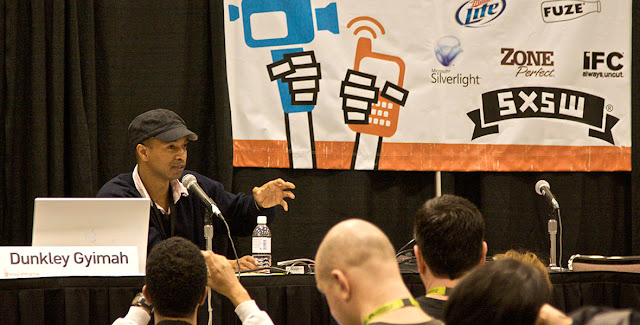 4. NewsXchange is a crucial gathering for the world's news media. David spoke there as a panel. Below is what the organiser said about David's contribution. 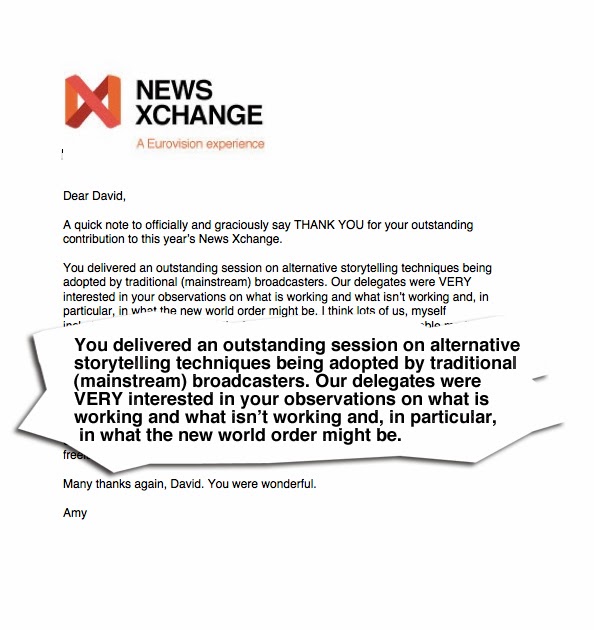 5. Invitation to speak to the BBC's leaders.

We are currently organising BBC Worldwide's annual Leadership Conference in October which is aimed at the top 150 senior leaders across the company. We would like to invite you to speak at a session focusing on 'Creativity and Innovation: Creating the Winning Idea' which currently has speakers including Innocent; Ten Alps and Bebo.

The session will run on Thursday 5th October from  11:20 - 13:30. With your fantastic experience in both old and new media and your insights into next generation TV both in the UK and US, you would be a valuable addition to the panel. Your slot would be around 20-25mins, followed by a 60 minute Q&A panel session in which you would jointly answer questions from our staff.

About the Leadership Group Our Leadership Group consists of around 150 of our senior staff from across our seven business areas: Global TV Sales, Global Channels, Content &Production, Magazines, Digital Media, Home Entertainment and Children's. They are a lively and talented group of people who would greatly enjoy the opportunity to hear you speak and we very much hope that you will find the event interesting too.


6. Four-hour presentation to National Union of Journalists in Denmark 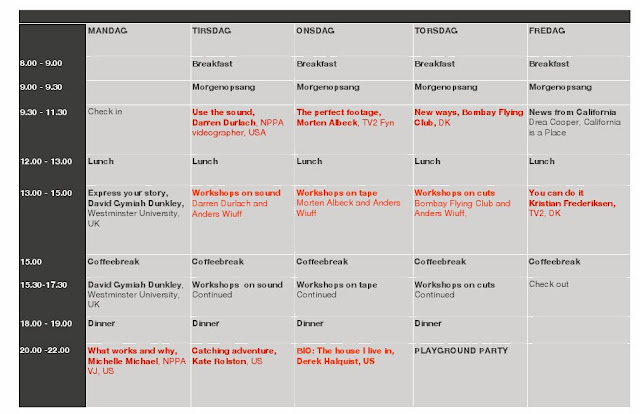 Hi David, Just want to say thank you for your performance at VP. The VP-thing was better than we hoped it to be, and all the reactions were more than positive. Danish jouranlists go to a lot of conferences, so they are not just being polite, and they - and Søren and I - were overly happy with your performance. Hope you have time to come again when we do it again this summer?! 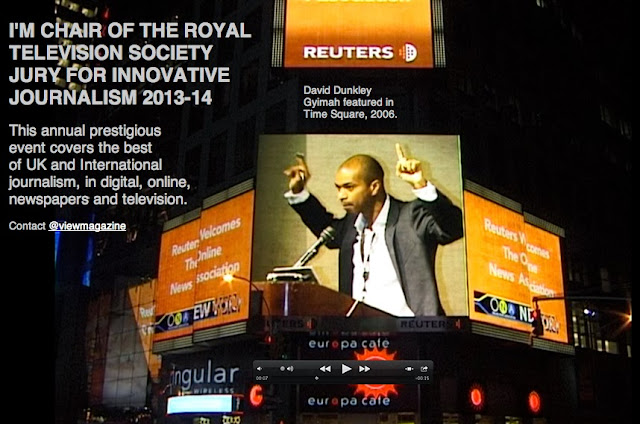 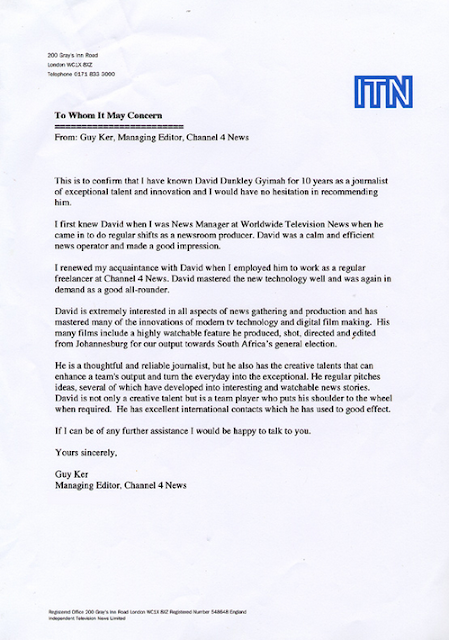 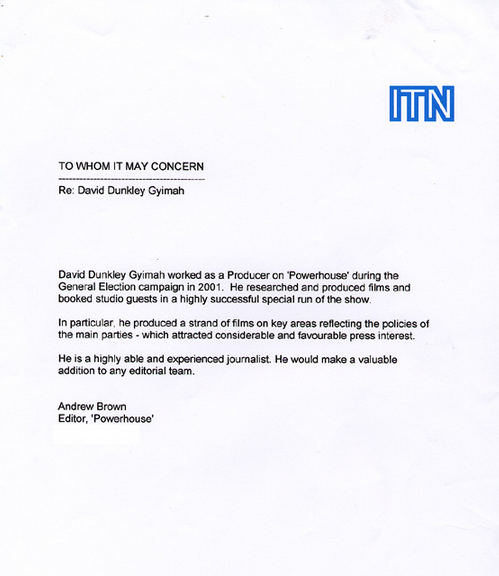 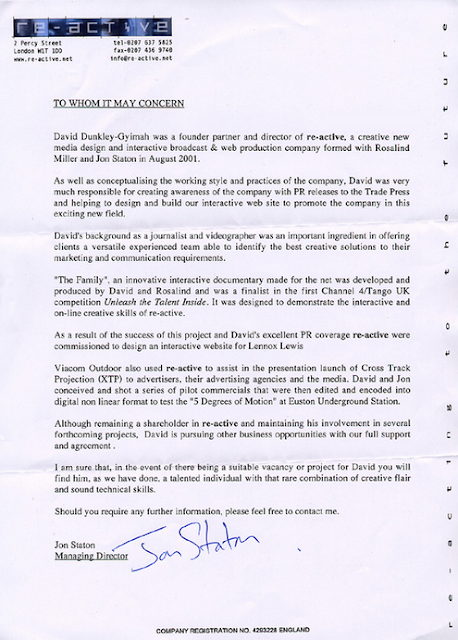 10.  Michael Rosenblum is the father of videojournalism 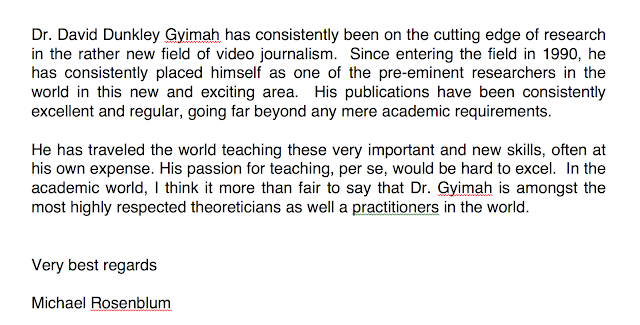 David has won or been nominated for several international awards in media, journalism and innovation. He has worked in the media for 27 years and combines consultancy with his work at university.
This year he is a chair of the jury for journalism innovation for the Royal Television Society. (RTS). The RTS is one of the UK's most prestigious bodies for media, journalism and communications. You can contact David at david@viewmagazine.tv or via tweeter @viewmagazine

You can find out more about David's work from Viewmagazine.tv and this blog viewmag.blogspot.com

Posted by Dr David Dunkley Gyimah at 8:10 am