How Star Trek boldly takes storytelling and journalism where its never been before.. Journailism Trek 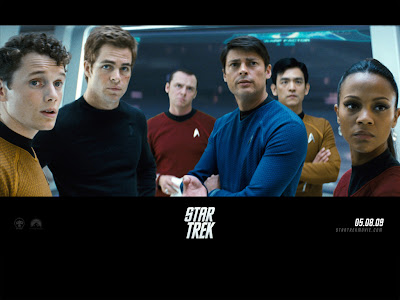 One of the best Star Trek franchises ever, but how did they do it and what can others learn?
I've been watching Star Wars, again! Perhaps it's the fact that it's playing on Sky, but truthfully I wouldn't give much time to other films when I have a stack of Wong Kar Wai films to get through. I have just finished the stunningly stylistic 2046.

I grew up on Star Trek, and perhaps like every young male fantasising about space flight and Uhuras appreciated Roddenberry's contribution to my development.

But JJ Abrams did do something special to the franchise; he was given free reign which included not having to stay loyal to its old fans forewarning them in ads: "this is not your father's Star Trek". He had the license to do something new.

Frankly give over journalism to JJ or the JJs. Let the leading news studios say it: "try something new". Janet Street Porter, was powerful and creative enough to try this on British television and youth current affairs in the 80s with Network 7 and then Def II.

It may seem so anodyne now, but back then, when I worked on Reportage, it really was Star Trek.

But back to the film. I had a mini eureka moment watching Bones talk about telemetry and beam ups. For some weird spatial moment I got thinking about my Applied Chemistry moments, co-efficient of friction and refluxing of crystals.

Each, as with much of Chemistry, involves equations; equations with variables which when altered change the state and outcome of that being experimented upon.

The beauty with sciences is a problem can be attempted to be solved by often identifying what could constitute a variable and then set about devising an equation.

Simplified, the coefficient of friction, identifies the point of contact between two surfaces e.g. your tyre and the road. On a rainy surface it's different and this therefore requires engineers to set about looking at your brakes, the nature of your tyres, load of car.. all sorts of things. A naturally occurring event has been broken down into stages.

In the purification of chemical substances, purified yields tend to be rare, there's always some imperfection, but scientist keep honing, much in the same way news and documentary continually search for the truth, but there's always an impurity.

Put another way, there's no such thing as truth in news, which is a recording of an event; there's an approximation that comes close, but it's disputable. The only way you get the truth of what you see is by being there, but even then in the interpretation is suffers from distortions...impurities..

So, what does this all mean for videojournalism? Well a couple of things:
Lets see if we can boldly take this somewhere else. See you on viewmagazine.tv and please don't hesitate to write :) LLAP


David Dunkley Gyimah creates and trains in video and storytelling, with brands such as the Financial Times and the first regional newspaper journos in the UK going video. He graduated in Applied Chemistry. 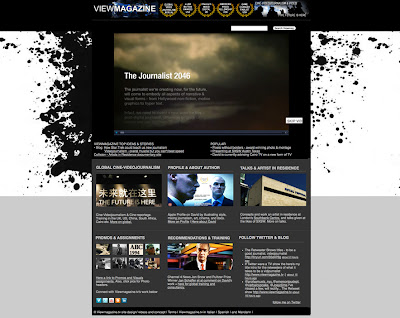 Posted by Dr David Dunkley Gyimah at 7:34 am