REDUX - how to produce deeply affective, immersive stories for the screen generation.


Former broadcast journalist, turned academic, Doctoral student and trainer David Dunkley Gyimah on Affective Reportage. He has previously presented to BBC Execs at the World Service and trained newspapers such as the Financial Times in videojournalism

I played this clip from BBC Reportage circa 1992, which I worked on at the time, and compared it to something else. Here I'm using the trailer from Tahrir Memento, which I made last year.


Reportage ITV's London Tonight from david dunkley gyimah on Vimeo.
But all of a sudden my method of explaining change can be delineated through the programmes I have worked on over the 20 years, such as WTN, Newsnight, Channel 4 News etc. It's a process called Phenomenology.

Meaning of words
The term aesthetic, I used about in this context refers to the look and feel, whilst [c]inema is how configured shots and narrative give over to a physical form of film making that uses technique, process, and style to affect us.

It's called getting "close to the story",  or "good solid journalism",  but I would argue it's been a challenge to create as late and, that is "getting close", because it's dependent on a number of esoteric variables.

Getting close to a story is the hallmark of great journalism (re: Murrows et al),  but an Integrated [c]inema is a contemporary quality - a 21t century concept that collapses a host of forms and aesthetic platforms.

It's almost as if CSS which bears no relationship to video now share common features... and they do!

And I don't proclaim to own it the process. Other than state that it's happening, and is growing.  The goal posts are being inexorably moved.

Getting to the story
If you'll allow me this slight deviation and personal story. I was always amazed how close Soweto was to Johannesburg when I freelanced as a reporter in South Africa during the 1992-94 conflicted transition from Apartheid to democratic state.


Breakdown of the story
So, to BBC Correspondent Paul Wood's report with his Cameraman Fred Scott in Homs, Syria. 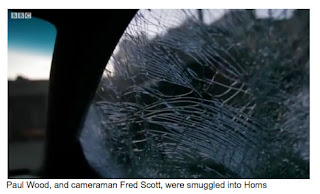 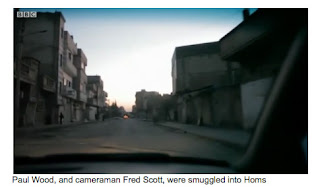 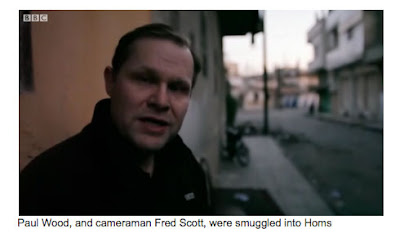 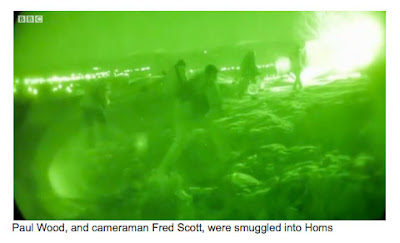 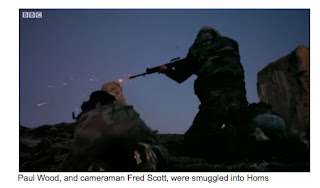 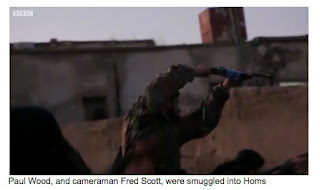 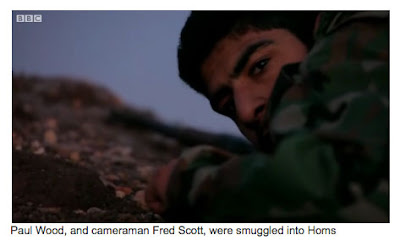 A metonymic shot if there ever was one. This shot above embodies all there is about war. The cameraman is at eye level. He's noticed the fear writ across the fighter's face; a blurred gun turret in the background, and that one fleeting gaze captures the moving image moment.

Any photojournalist would be pleased with this shot. Again its compositional arrangement and blue background isolate the face. 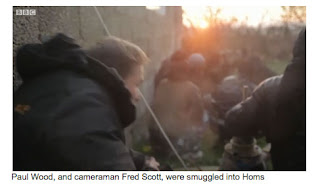 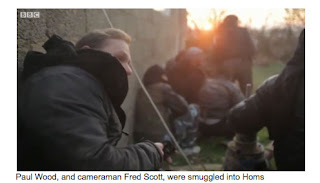 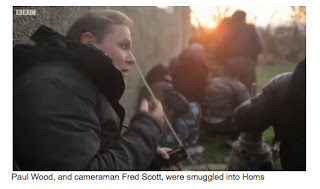 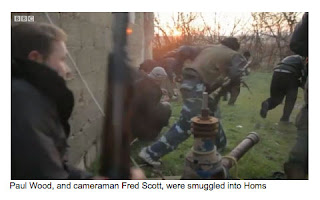 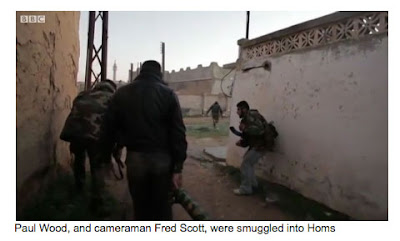 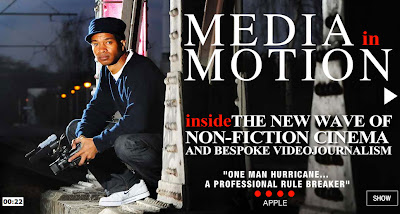