That was the year that was 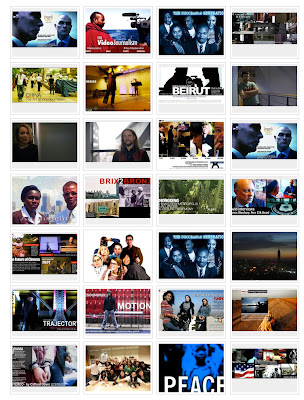 It started yesterday and ends as fast as it begun.

Blogging continued, now a fixture of the expressor and an inescapable evidential routine: social networks, the participatory content maker, the intimization of journalism, the trans-morgrification of journalism's hierarchy.

My year has been equally memorable. My research thesis continues to surprise me not only in furthering my understanding of the past, which I would argue is deeply important now for both context and building on creativity.

There was Newswire organised by the good people at Journalism.co.uk where I invited a ding-dong - face to face debate on visualisation and videojournalism.

This in turn has solidified my lecturing experience. This time last year  I had been invited to lecture at Rhodes University in South Africa. One of its lecturers I would meet sent me this lovely email recently


"Hi David
I was very inspired by the way you taught us and have adapted my course to reflect your more experiential approach to learning. This year I also taught a course where my students worked with ordinary people from town filming on mobile phones. Will send you link as soon as it is up. A"

Then there was China - a deeply ingrained experience, both in videojournalism and how we learn. Art in Chinese art usually has multiple view points and perspectives I learnt.

In Bratislava I had a rare opportunity to speak to leading news makers from some of the world's independent media and more recently pushing further the concepts of the bastard child of film making videojournalism.

Yes, I meant that it ist starkest way. 16 years since I first practiced it; it's only been in the last few years that debate and new ideas amongst practitioners and creators has fermented deeper debate; some of cyclic. Yes we know the cameras are cheaper, but what else.

Next year January working with the BBC, we're looking forward to pushing it further and I'm confident the players involved will yield good new fruit.

Next year, based on new material and with some time to spare, I can get my own book out which captures my design video ( IMVJ) which I spoke about at SXSW and intend to do so at Apple stores in the new year.

Happy Christmas and holiday all. May the next year be more rewarding than the last
Posted by Dr David Dunkley Gyimah at 9:03 am