Brian Hanrahan and those who knew how to write silence 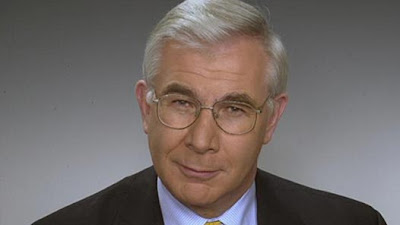 In the crackling of shortwave radio, or the intermittent luminance of a television screen, I could but only let my mind wander.

Who were those who informed us of the world at large?

In boarding school in Ghana, I'd catch glimpses of Ed Bradley 60 Minutes, or Alistair Cooke. They were indelible sonorous broadcasts.

Later, I arrived back in Britain, from a country recovering from a war of crisis and coup de tats to Britain going to war in the Falklands.

Like many teenagers I was unperturbed at what was happening somewhere in the deep Atlantic, but precociously mindful of occasionally catching the news story tellers.

One day, many years later a BBC Correspondent by the name of John Harrison would visit our house to complete a BBC report. Somehow that day I thought how I might swap a science degree for this ethereal thing of reportage.

In 1993, an event would bring me to ask advice of Mr Harrison. By then I was beginning to carve a career in journalism in South Africa. I never reminded him of our first encounter.

Through out my early days of reportage and even now, there were craftsmen and women I looked up to and marvelled at what they could do with words and the image.

Their manner was not so much to report, to inflect the voice into that forced undulating preposterous sound, but to speak to you.

I never knew Brian, but would often bump into him at Chatham House meetings, which at one point I might as well have asked for an extra set of keys I was in and out so often.

That aphorism is as deft and indelible as Michael Buerk's: "Dawn, and as the sun breaks through the piercing chill of night on the plain outside Korum it lights up a biblical...."

The phrase stayed with me long enough to yield an interesting back story.

The Hanrahan story
In 2005, now a senior lecturer in journalism having had a good bat at the crease of journalism, I recounted some of my favourite stories to a Rupert Nichols.

Rupert Nichols is a retired Navy press officer,  an LT in rank who provided me a treat.

In 1982, he was tasked with minding a young reporter, a chap by the name of Hanrahan with whom he would quickly come to trust.

One morning a sensitive sortie of Harriers was planned. The reporting of the event was not so obvious, frustrating in fact because the press were not allowed to report from the flight deck.

Nichols shared a plan, he would count them all in having counted them out - off course he Nichols knew the full number and name of the pilots, but it wasn't information that could be reported.

When Nichols tells this story, his eyes light up like the quiet anonymous TV producer which a viewing TV audience rarely sees or hears about.

I mention this not as a spoiler of this great BBC reporter's legacy because he had the choice in the delivery, and lesser reporters would have fought the ocassion, ruined the sparseness it delicately encapsulated.

No, but I'm sure as many of us roll back tears, his family and close friends, one former LT Rupert Nichols will share in his own quiet thoughts when two young men met 28 years ago.

To a generation of reporters, which lest I forget included Charles Wheeler and Martin Bell, the art, true art of reportage is slowly drawing its curtains.

Bell mentioned on BBC News today, in words that only a craftsman could deliver of another: "Hanrahan knew how to write for silence".

No greater legacy could be offered to a new generation of storytellers than those who treated the television screen as a person and turned the dreams of a young lad listening to short wave into, what many of us consider something truly memorable.

His interminable silence will be missed.
Posted by Dr David Dunkley Gyimah at 11:55 pm