In many ways television news is as close to videojournalism as football is to field hockey. Both sports I love by the way, which have a ball at the centre of play.

That's why any announcement about television going videojournalism creates such a fuss. As a former network television producer, I get the arguments.

Yet I also know where videojournalism, IMVJ or cineVJ as I call it can play a huge part and I'm looking forward to what results the PhD research I'm involved in yields.

I have been practicing and writing about it in trade magazines since 1994. These screen grabs below come from a 2001 edition of the magazine "Producers". I'll provide a link for you to download later in the week.

Videojournalism's sole gain is not necessarily its soloism, though it's a strong feature. One of its true zeitgeist is enabling the practitioner to perceive what works where and how to accomplish it.

Think of it as the mechanic who has a good grasp of a cross range of cars. My local mechanic knows cars like the back of his hand; he builds them and also races them.

So its with great excitement - finally the point of this post - that I'm back in the Mid East this month working with a state broadcasters on maximising videojournalism in their newsroom.

And believe me it's not just a news gathering, more cameras to spare, exercise. 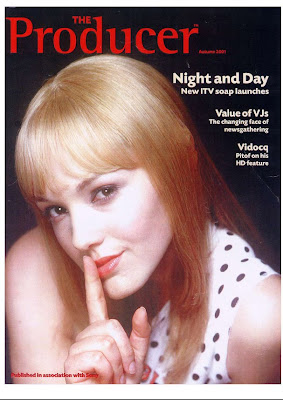 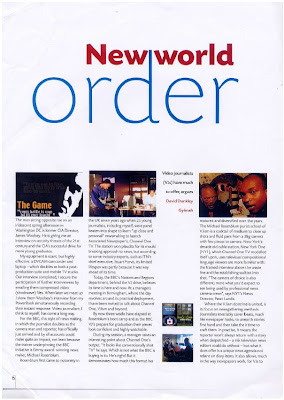 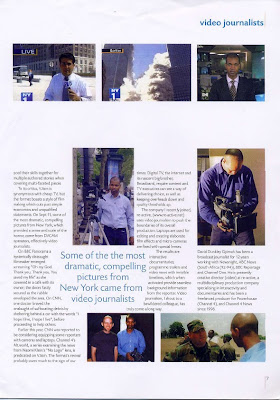 David writing in The Producers about a new world order in 2001. Videojournalism is tool agnostic. In the rh shot I'm shooting with a digibeta 700.
Posted by Dr David Dunkley Gyimah at 12:38 am