How anyone can make a good film - aesthetic videojournalism

Re:sounding motion was a short film made to complement the performance of a group of dancers and musicians shown on the big cinema screen of the Royal Festival Hall on Friday 26th, March 2010

The aestheticization of videojournalism is not a new phenomena.

It is shrouded in past iterations of different forms; just the word videojournalism may be somewhat novel in its acceptance of such a standard. No one ever calls a news item aesthetic !

But what does it mean?

Certainly not style over substance or otherwise a vainglorious attempt to dress mutton up as lamb but a distillation, to communicate as efficaciously as possible maximising the impact of what's said or envisioned.

You may end up playing the above video more than once; your behaviour, influenced by the affect of an aesthetic. The frame choice, mood, experience - all part of a complex interactive mesh. 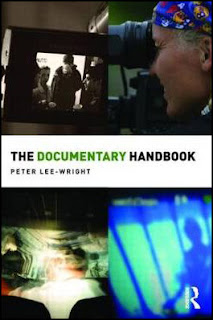 I aim to deliver a Master Class lecture at the University of Westminster for Masters students very soon (courtesy of Albert Gachiri).

Here, the focus is to illustrate, via an interactive forum, my own background as a practicing videojournalist/ artist in residence and findings from my PhD research how aesthetic videojournalism is crucial to our solo ability to tell more informed stories.

That is more informed stories of the same stories, taking into account the variables that allow us to enrich those moments.

The other notion I posit is how the very essence of "the story" in itself requires further interrogation in an age when the idea of story teller is no longer univocal. The concept of video-hyperlinking unravels ownership.

" His ( David Dunkley Gyimah) conception of videojournalism stands in stark contrast to the newspapers and broadcaster who see VJs as a cheap alternative to crews and traditional working practices"....

"While the experts trash around in uncertainty, it is a good time for the innovators to show their stuff...from the core investigative issues of public interest and accountability to the new forms of storytelling that Gyimah champions" (pg47)

If you're on the Masters programme (print pathway or broadcasting) reading this, then I hope to stage it after the Easter break and if you're allow me to say this, I believe it will benefit anyone with an eye to video or visuals of some sort. Details to be posted soon. 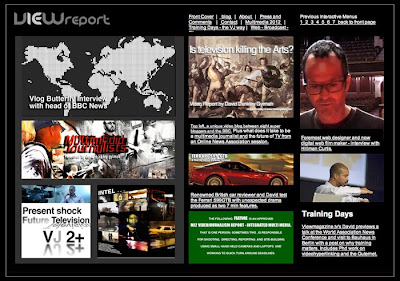 Viewmagazine.tv circa updated from 2005