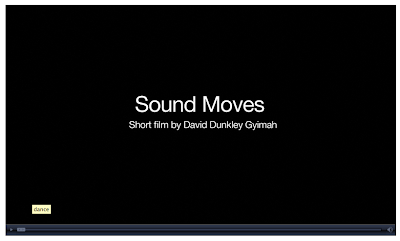 Sorry. I'm up to my eyeballs with work. But here's something I have almost completed which you can see here http://www.viewmagazine.tv/dance_soundmoves.html - Preview - Multicamera Solo VideoJournalism shoot.

The score isnt the one playing on the day Friday 26th at the Royal Festival Hall where this short will be screened. Requires a few more tweeks.

I used four different camera set ups JVC, Sony, Canon, and Flip with blocking techniques to capture straight off. No, I wasn't being extravagant.

Multicamera VJ
Each gives its own aesthetic. I did this on international shoots working in television, but it was truly pricey working just two.

On shoots such as Chicago, I'm directing myself ( see running shot). I tend to conceals cameras in vantage points to get what I'm after.

Shots in this film are heavily saturated and "crushed" - all for a reason. I'll write this up more comprehensively sometime but now its back to McQuails Mass Communication Theory.
Posted by Dr David Dunkley Gyimah at 11:15 pm