I am a videojournalist 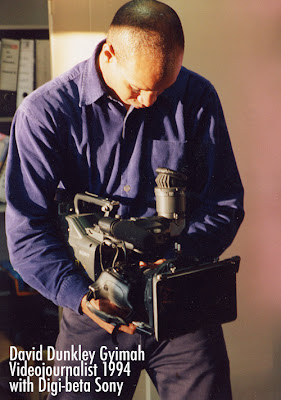 I have been a professional videojournalist.

And five years before that touched the void of videojournalism.

Videojournalism is a misnomer - not so simply extemporised

It is the Bauhaus of Television News, the Impressionism of documentary, the intermediation of video art - designed visuals dancing within borders.

I have seen wars, been caught in conflict, filmed the unforgivable.

The frame is my palette - rarefied and sometimes saturated. It speaks a visual semiotic. It requires deciphering.

It is a closed system in an open prairie of data constantly craving attention, selective sifting, processing.

Experiential learning is my tutor; pedagogy is my release; the film my satisfaction; sharing, my reciprocity. 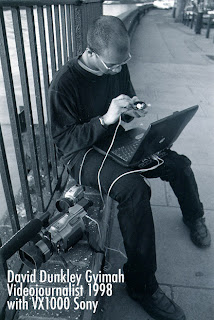 I go where my camera takes me. I prime my instincts- anticipated accidents- to the narrative.

What I am interested in is not just the event, but the construct, the movement image, the vertical cut, the phenomenology of the image.

Its strength is debunking the fixed agenda, its weakness is not realising its strength.

Shaped by diagonals and rhythm, perspective and tone, Dogme and theatre.


David Dunkley Gyimah started his career in 1987 across the BBC as a reporter, producer, presenter before becoming a videojournalist in 1994 producing 540 films a year. He is a senior journalism educator and artist in residence at the UK's prestigious and leading arts body, The South Bank Centre.
Posted by Dr David Dunkley Gyimah at 11:57 am