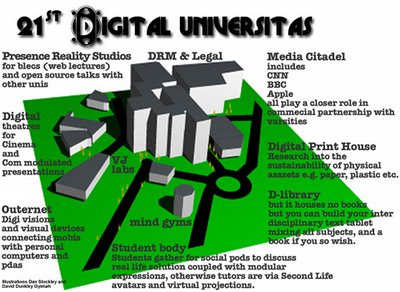 James rolled from his bed, Kate stared at the clock wishing some type of mystic gaze would freeze its progress.

Grey clouds materialising from the night, one the shape of a goose and her many goslings broke Sheryl's concentration on the island of Ayia Napa. Change of scene imminent she thought.

And then in this part of the hemisphere as if the world population of ants had, in unison, made that trill sound, barely audible, but magnified and dampened in the human hearing range sounds like computer bytes, ones and zeros at war, the world exploded.

"Today's lecture will examine an aspect of Ferma's Theorem"
" Can we use people's genes to id them or what about their isp, when their voice protocol claims they want anonymity"
"An evaluation of journalism in 2009 showed the biggest spike in interest levels but also the most unsettling period of strikes and despair in the profession".

" Hi james. Hi Kate. Hi to anyone joining us on quiet mode. My name's Sheryl I see some of you have opted for journalism and technology. I'm going virtual so if you want to join please switch on your green room so I can take you to the journalism zone".

Sheryl dance-all-night is a solo lecturer - a new breed of independent teachers gilded to the teeth with computer skills to teach online, inside the grid. It is an experience so far removed from the present that cohorts of the 2027 real world skills experience chortle at the crude methods used some 15 years ago.

The technology is so simple in its elegance that generations in the 20th century would have clamoured for its use. In 2015 digicorps companies started seling of green space - essentially virtual reality backdrops - so anyone with a tetra computer could buy, access their space and interact with anyone else given the right coordinates.

This is Second Life gone mad, but the real k.app is the input sensor attached to your ear and eye pod allowing you to experience whatever it is, wherever it is without having to leave your home.

Terra computers you could say rule the world. Imposing edifices- universities- a feature of modernity but born from the womb of early civilisation, where the Platos and Socates held court in designated ampitheatres with select groups worthy of the knowledge, are no more.

Welcome to the new world.

David Dunkley Gyimah writes: It's only fiction so steady on before I start getting hate mail, but this emerging world had me thinking after interviewing the University of Westminster's Vice Chancellor Dr Geoffrey Copland about the future of Unis after I'd been invited to speak about the subject at the forthcoming digital
hollywood forum.

What the VC had to say took my breadth away. You'll have to watch it to understand that my active imagination hasn't made up all of the above. The future for Dr Copland is students logging on to their courses via handhelds, devising their own curriculum, education has become open source - anyone and everyone can attend. . . and so on.

In a small way that's almost happening, Blogs and blecs have become an interesting guide for the class of 2006 to discover how their colleagues around the country are doing.

Victoria, James, David, Ruth and Rachel and their contact with Adam Westbrook firstly via blogs and then in person, plus some other interesting stuff they intend to do is the forerunner to
open source new transparency.

The virtual bit is my imagination gone silly again. I went into a green room last week and got viewmagazine as the backdrop. What emerged from conversations with the technical manager is that within a couple of months I should be able to walk down a corridor of pages and pull out links while having a live chat with users.

"Ping"
"Radio 4 . That's all from Sunday with me Roger Bolton. Join me next week on Sunday, untill then goodbye. . .

"I just had the wierdest dream about some future technobable stuff"
Posted by Dr David Dunkley Gyimah at 6:59 am