The University of Quiddity - Viewmagazine's university 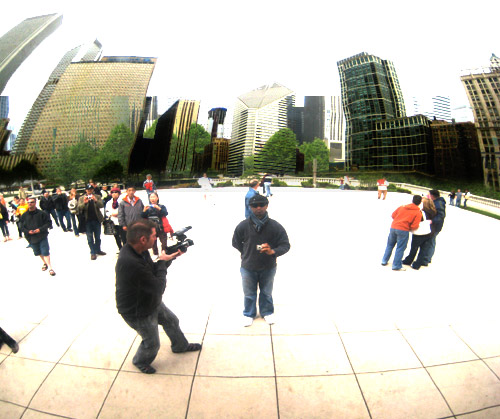 You can't remember can you?

And when you do, you want to apply everything you've remembered.

How to be the best,  how to create the most arresting video, how to win friends. It's stupefying that there exist no part in the brain, neuroscientists could have named "how to".

Of course there isn't because cognitive thinking is more peripatetic.

It roams searching for a place to land after imbibing ideas on the way.  "How to" is a resurgent 21st century phenomenon. It is more direct, constrains the matrix of "packet" thinking and its existed in some form or shape since the Book of Ecclesiastes and before.

Then, it provided answers how to lead a rich God-fearing life.  Then as much as now, we digested this knowledge attaching a great deal to its literal denotative value. Turn the other cheek and we physically did, when others walked away.

Today, "how tos"are so pervasive,  we're in danger of heading for a cognitive cul de sac.

We forget like the scene above, structures bend, compositions change, condition differ. In the next second, the pattern of people around me will have altered and I will be moved from my spot. 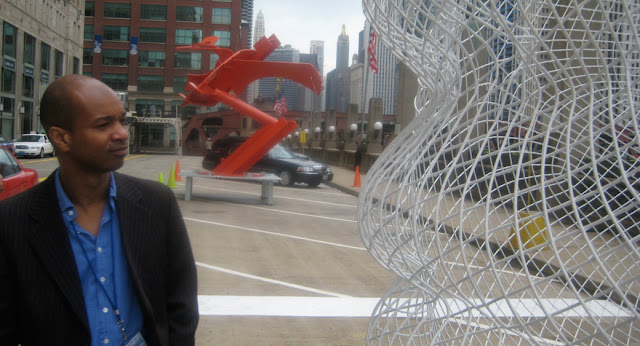 David Training at the Chicago SunTimes in Chicago.

And that's the analogical point. What works where, and how can never prevail in perpetuity. There is no fixed "how to". The mesh of communications is too vast for packaged formulas.

It was exposed in Mass Communication theory, Users Gratification and Transmission models, albeit, they enjoyed moments in the sun until the 1960s, before the post structuralists took over and now in the 21st Century it's the era of Quiddity, and the Quidditians.

Quidditians want to know why rather than just "how". They're not sullied by the mass, but intrigued by the individual. Their thinking is phenomenological: "to the things they are", one of its architects intoned.

It is about the idea, becoming an author or as Schopenhauer would say, having something to say.

I am considering creating a university. It would combine ethnographic journalism if that's not tautology -articles researched in the field to build knowledge.

From here further discursive learning should help untangle your state of mind, but this stasis can only be temporary.

A scholar yesterday piously condemned journalism asking for a return to its roots, and abandoning of theory, when the irony was he was himself promoting a theory, a theory of the skeptics, whilst forgetting their is no grand theory any longer. There never was, but we were too concealed from knowledge to know.

There is no tablet of knowledge. Mosses destroyed the principle physically, if not connotatively.

The university would recognise that it's not disciplines and the promotions of "how tos" that are the principle cause of angst, but that there's something in the art of critique, the bold idea, which drills deeper and deeper  - which by default discards those ten points - and cognitively and flexibly considers how to think like the the prosumer.

It would flatten the hierarchy of learning, where the lecturers train and curate and Quidditians wisdom-of-crowd study.

It would attach more emphasis in our discursive world to artistic practice as expression, and logic or rhetoric as the power to rationale an idea. Then it asks what do you believe in and why?

You can't remember again, can you?

Remember what I have been saying because you might have been expecting a "how to" - that's the crux of the problem.

Here are my ten points...

In his career, David has worked for ABC News, BBC World Service, WTN, Channel 1, Radio 4, Channel 4 News, BBC Newsnight, BBC Reportage and through his thesis is devising a taxonomy of storytelling. See more on Viewmagazine.tv

Posted by Dr David Dunkley Gyimah at 10:35 am