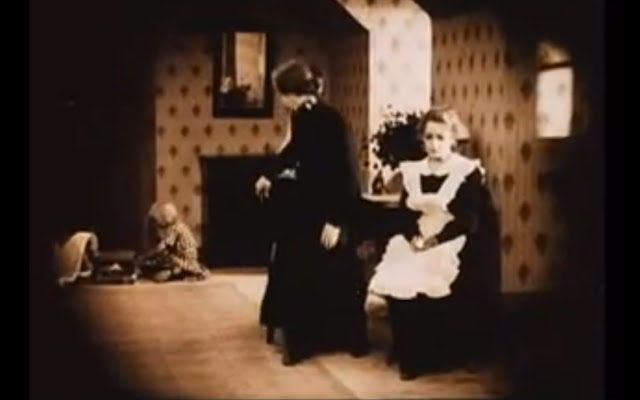 Two young children play in the background, we never see their faces. Their father needs to get in touch with them. Their mother is set to commit suicide.

Through a series of flashbacks within flashbacks, the father finds redemption.

Guess the film? But before you say Inception, think again.

The film is the Phantom Carriage by Swedish film maker and director Victor Sjostrom. It was made in 1921 during the silent film era and is believed to be the first film which employed flashbacks and flashforwards.

In fact so innovative is the film that there is a flashback within a flashback followed by a flash forward which still doesn't bring you to the present. Please watch this if you want to increase your film knowledge.

Less we in the 21st century are feeling a little superior about our film making, film experts believe a large swathe of our film syntax and grammar was laid down before we entered sound movies in the 1930s. And better still the nonsense about will audiences understand...forget that!

Just when we thought we had it figured out, we realise we're standing on the shoulders of giants and their giants.


This video is the first draft cut; the second features Michael Rosenblum.

There's a case to be made with videojournalism as this video that I strung together above shows. The year is 1994 - when President Mandela became South Africa's first black president - a story that still leaves with me as I broadcast live from South Africa on the BBC World Service. (see sidebars)

But the kind of non-conforming programme making, or a break from conventional forms can be attributed to the BBC in the 1980s/90s. Though they rarely speak about this.

The essence of good programme making is to understand the myriad of different forms and styles and then make a choice to produce your material. I'll be speaking about this and providing other tips in a series of workshops in London, Cairo and Dubai, so if you're around be good to talk.