The New University of Digital Empathy 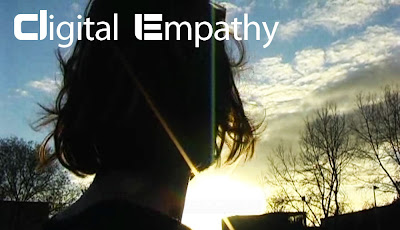 The logic is clear enough.

As unitary disciplines have evolved and diffused into one another, systems that once worked to manage these disciplines are becoming redundant - and themselves should change.

Often these rules and regulations - which set boundaries - and have been developed incrementally over the years can find themselves under strain.

Take the example of the lecture theatre - designed to hold many - in a structure that has the professor of the 60s onwards delivering tablets of knowledge in a "them and us" scenario. Its default in behavioural positioning is an acknowledge deference.

Were a stranger to walk into the lecture theatre he or she might immediately know who the lecturer is.

Then digital happened. Laptops became accessible. Then one day educators the world over - where these devices were available witnessed the emergence of a new phenomenon.

As the educator was lecturing, the student was tapping away at their keys. A new digital doodling - one that sometimes had purpose in Facebooking and emailing had  arrived. What is one to do?

The logic is clear, as systems change they require new approaches. If the phenomena is embedded enough this has the potential of a new philosophy that I might call a "Digital Empathy".

Whilst Empathy is about the ability recognise and share in the feelings of others, the digital is not merely a bolt on, but a constructed approach to understand new paradigmatic advances in these recent years.  Its complex but the nuts and bolts to build new systems exists.

Some of the aforementioned resides in engagements within artistic theory. I'll explain.

For the digital student, the use of a laptop in lectures is seen as a natural state of affairs. They've always been there. And while I'm not entirely certain we've fully developed bicameral absorption ( reading and watching use different brain functions) we need to find ways to mediate the use of technology.

For the educator that requires a Digital Empathy.

Do you a) say no computers during lectures
b) allow but say no FBing or emailing
c) Allow - with no conditions.

Our predilection to want to tweet, FB, is established, so the accommodation becomes a conversation around new compromises. Artistic practice provides a level of responsibility in engaging with works and estates. It's not a classroom or lecture bound manifestation, but a public space where we can transmute behaviours and etiquette.

The rewards for participation and penalties for transgression should be made known, not as dogma of a past generational - good ol days- but a feature of how matters are evolving now.

In the next two posts on the University of Digital Empathy, I'll look at what I believe is an educator's increasingly new role and some things that ill-suit the digital era and an example of students navigating this new space.
Posted by Dr David Dunkley Gyimah at 5:24 am