The political aesthetic of scale and the ambitious - how makes an impact. 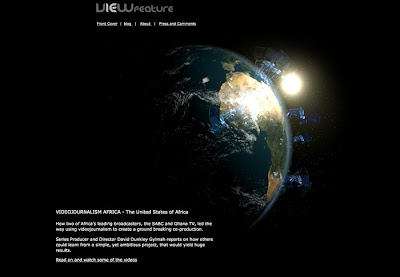 As you read this, your campaign is turning south. Launched amid a flurry of board meeting and plenaries, the team had every reason why it would work.
It was checked, doubled checked and even straw poll of reasoning thrown in.
Then there was the tiresome debate about how no one watches videos more than 3 minutes long and that without the obligatory social buttons sowed on, it didn’t stand a chance.
So why is it floundering?
Because it’s failed to catch the mood of the politics of scale, of ambition, of sensation which is now part of the zeitgeist likely to  make any visitor ponder: “what!”
Go Big and Prosper
The politics of scale is not a new phenomenon. It's practiced all the while on television e.g. the Olympics, or even reality shows such Undercover Boss USA, where a CEO masquerades as a new employee at his own company to assess what's wrong.
Simply, these programmes beg us to be in awe in disbelief.
And now with the fashion for social networks it's now gaining firmer traction.
At its heart is an ambitious idea enough to scare mere mortals away. By dint of its presence, it leads to an aesthetic of scale debunking the myth it’s not about size. It is, but you’de be mindful to understand its first basic premise.
It must be affective – whether as a website,  more so as a film – which is not just about representation but a processural experience.
The groups who stand to excel the aesthetics of scale are broadcaster, NGOs and commercial outfits with ready access to audiences and inhouse talent who should be thinking big.
Far from being the big society, this is is about thinking big to get to the small. You’ve seen it in the following works:

New Aesthetics of Scale
My own experience with scale stems from video shows made in South Africa and Ghana, and Nato's programme.
The South Africa show in 1997 used small DVcams, leading an interntional team of African broadcasters to report on each other in what you might call intranet broadcasting - between 2 nations.
That sense of ambition has since returned with a project I'm talking to the BBC about, as well as a programme concept with a fellow Phd colleague.

So what are the ingredients for scale?