A videojournalism era stirs at the Front LIne Club 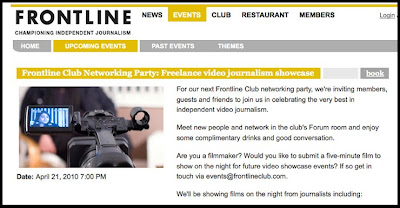 To a videojournalist, the title of this post sounds absurd; videojournalism has gone past stirring, it is a full force in the armament of journalism, but I'd say it still is a neologism.

You can test this theory by walking out onto the street and asking the next three people what they think of videojournalists? Then ask the same question about television journalists.

So it was that yesterday, one of the UK's most foreword thinking journalism think tanks, The Front Line Club planted a huge step in the sand for videojournalism - an era is awaiting to stir. 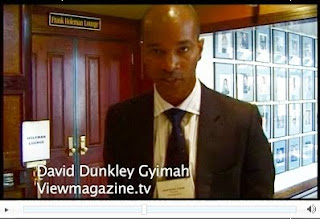 The Front Line for my US friends, in many ways, reminds me of the time I was sitting in the National Press Club in Washington DC equally in awe of its surroundings.


Many attributes may separate Front Line and the the deeply revered National Press Club: time in business, patronage of presidents or prime ministers that have graced the club, even prestige some might say, alarmed anyone dare compare anything to the US' august institution.


But to those that know the brand "Front Line " and it's not the comparisons per se I seek to draw attention to but the intent, this truly is something to deeply admire.

Praverna and Vaughan Smith (founder), backed by a pro media/events team, have built a club with a unstinting steadfastness to independent journalism.

Among its many strengths, one of them is its ability to walk the dichotomous thick grey line between traditional and contemporary journalism with aplomb.

Yesterday it demonstrated that drawing a crowd of 50 or so from a 100 people (almost the event's room limit) who'd expressed an interest to to engage in the new new thing videojournalism.

There's a lot I could talk about from the night, not least the films that were shown and short talks. For that attendees should doff their hat to organiser Patrick Smith

Producer and director Daniel Bogado previewed a documentary on neighbourhood police and gangs in South Africa, made with David Matthews, commissioned by Current TV (UK).

It was an extraordinary clip of a drug dealer justifying why, having emerged from prison with no job provided for him by the government, he had very right to to sell drugs on the street.

Vaughan provided the opening, accompanied with a short talk about his time spent in Afghanistan, and how having slipped his minder, he came away with a number of films that bring you, the viewer, Cappaesque closer to the action.

With each round that whizzed by, I could hear myself swearing. Vaughan, no stranger to that course of journalism, few dare to tread, was now telling us in his own words and voice, what it was like on the front line.

This was unheard off. I know that well because as a freelance producer/videojournalist at Channel 4 News, my film I made from South Africa was reedited using Stephen Smith ( now at Newsnight) as the narrator

The message for us attending and you, a videojournalist, was in spite of our differences and own motives, the Front Line Club could and would serve as an agency to push the ideals of independent, freelance videojournalism.

It's an act we should welcome and enact upon with passionate embracing arms. 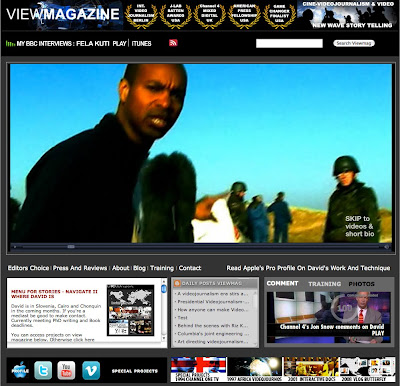 David elected to a show a film from his site viewmagazine.tv that addresses evolving areas that mashup interdisciplines, yet still constitute videojournalism.

I showed a short film as well. Thank you to the many people who said they liked it and excuse my ruse for showing, joking about my fraudulent motives: the opportunity to research the work of other videojournalists as part of my PhD.

But the key moment for me, and I'll cherish it was when a gentleman in the audience after the showing said "he didn't understand it (the short)".

I further explained to him later, from an earlier qualification that the film's context played as part of an event at the Southbank made for a cinema screen. I'm not sure he was anymore convinced but I was thankful for the question.

Undoubtedly not everyone will agree with what you, we, do, but the challenge is to attempt to help people understand. Not always, as it's your prerogative, and some people are beyond negotiating. I'm not saying this was the point here.

But we are entering a bottleneck phase.

Think about it. 15 years ago, a few people said the web would one day change the way we do business. I know that much as this rare video from 1995 illustrates, which I intro.

10 years ago, a burgeoning web log said as much. The professional journalists harrumphed.

5 years ago, video and social networks made a bold claim.

Videojournalism is but one in this long list which awaits its day.