Videojournalism how easy is it 2 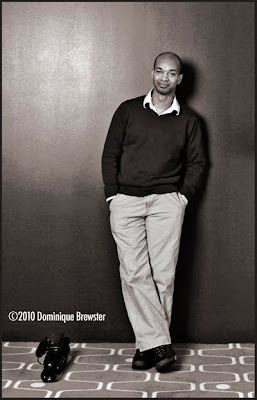 Some time ago in Podgorica, Montenegro, I demonstrated to newspaper execs how easy it was to conduct a "three camera" interview with one.

Journalists who've attended the Press Association's course on videojournalism will have seen me display at least five different sort of interview techniques.

Whether it's an interview, which you could say is easier to produce than a package, you've probably at some point wrestled with this thought.

Videojournalism - how easy is it? You simply pick up a camera and shoot.

This question disguises an oversight: every one's got a stills camera; not everyone understands composition to the point it's a perception/abstraction auto event.

Everyone's spoken down a phone, but how many of us talk within the optimum tonal range and can do what the best telephone sales people do or grip you on the radio.

Videojournalism Verite
Many of us have would have acted as some point - the school nativity play. Journalism's performance blends the verite and the conceived. It has to be seamless otherwise watch out Brooker has you in his sight.

Now as a solo videojo you don't have the benefit of the camera operator to tell you your shirt collar had birds dropping on it.

Television news taught us to write for the eye, and we're now glib with it. We know the written word doesn't cut it and that if we're to take advantage of videojournalism's intimacy, we'd do well to attenuate our script accordingly.

Like zoo TV or radio - a stalwart of the early 90s is this the point where we can speak our thoughts as opposed to just deliver the facts and thus in the process not short change the viewer in what we've seen and heard.

Consider the point in this video where mid interview Ozwald makes an alternative point. In traditional news that would have been edited: I kept it in and it's been a source of interesting discourse in the US.

If videojournalism is the blog of the visual world, then it might be worth considering this.

Is videojournalism a happy accident in how the advent of technology has spawned video making or are we daring to design something that is as much about the sign of the times?

And consider this, which in years to come will I predict normalise - that videojournalism will become the apex of the inverted triangle. Because as a more acceptable and rigorous language takes hold we'll learn that the art of voicing, directing, producing, editing and creative hypervideo linking will be something highly, prized. But then you'll be a pro by then.

By the way it's happened in the literature world!
Posted by Dr David Dunkley Gyimah at 6:46 pm