I'm not a journalist with a video camera -Videojournalism 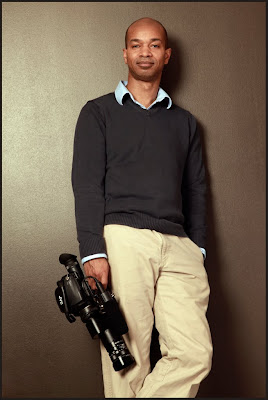 Videojournalism - It's not a journalist just with a video camera, though it could be.

Thank you to everyone who made Collision a fascinating and deeply rewarding experience in refining thoughts and remixing old ones.

These last two weeks of this creative think pad have been mind expanding.

And thanks also to the tireless work of a videojournalist, whose humility prevents him from talking up his contributing towards filming Collision, and whose contributory shots in this piece are integral. Well done Adam Westbrook, true trooper who worked his sicks off.


The new videojournalist, old really!
More and more people are coming around to the definition of videojournalism in the manner in which I use it.


Its simple really. Think of it as a creative director, doc maker, feature reportager, visual designer and writer rolled together. (That's the principle of the Z Principle, I explain in a book to be published this year).

In my case that would range from working at the BBC as both a reporter and producer, Channel 4 News, ABC News, WTN and then as creative director for John Staton production ( ex head of TV at Saatchi).

Then give me a camera and train me how to use it - that was 16 years ago - and let me make really bad films, really bad, without you saying film can't be made that way.

For that thanks to Nick Pollard my boss as Channel One TV, and later head of news at Sky, who enthusiastically let us experiment.

A videojournalist thinking beyond the reel reporter easily qualifies as an artist, but as the last post illustrates there's something else going on. :)

P.S I have just recently been requested to join the advisory board for the American University's new backpack journalism course run by the indefatigable Bill Gentile. Hopefully this will afford an opportunity to speak more in US to generation now videojournalists.

Here's a promo for a training session I did at the Chicago Sun Times with journalists from all over the US and Canada
Posted by Dr David Dunkley Gyimah at 5:39 pm