Person of the year - video makers 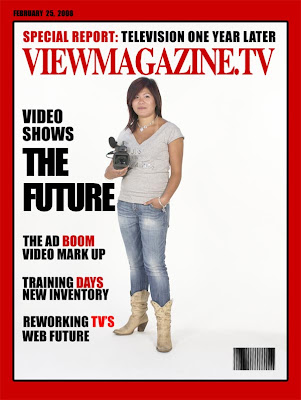 Paying hommage to Time magazine, which still drops through the front door on Saturday with the must-read Joe Klein.

Somehow, Time isn't quite the same reading online. Notwisthstanding their site design, for such a bastion of journalism, leaves a lot to be desired.

Old Media, New Media is getting a fair amount of chatter again. Signs of the recession coming to an end and thus the asphyxiation of old media.

Can't be wrong either as Forester unveil some recent stats that say TV is still wining out in time spent on the Net amongst the screen generation.

Confused
So what does this all mean? Well as a researcher you could argue the toss really, even with stats which don't tell the whole picture.

A correction that puts more emphasis on efficacy, ease of use and free.

Something tells me next year's going to be very interesting.