Lecturing - an arcane word- but how do you get the best from students? 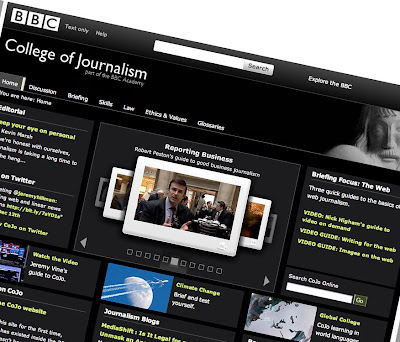 Rhetorical question! Firstly this is a personal post, I do not speak for colleagues at my university, though they may agree with some points, let alone.. you're ahead of me. Good!

Secondly, this is just a few thoughts - and thus should not be taken as academic principles.

But Lecturing does sound in our times a dated word. I guess it's such a fixed sign, that there's no chance of coming up with something new, though I'd welcome a stab.

Do we really lecture nowadays. Er, Yes! But it's more than that now. It is a conversation, er.., it's a swapping of ideas.... it's facilitating... I hope its something than merely standing at a lectern.

The last of these comes from a former Vice Chancellor I interviewed, who claimed with the wealth of knowledge out there, that soon lecturers will take on a facilitating role. You can watch the interview here

MAJI times
I had a four hour session with some of the Master in Journalism students from the International stream couple of days ago.

No, there was no lecture, just four hours yeah non-stop talking about everything and anything.

One of my earliest put downs by friends was : "he can chat!", so I have never been shy of that but the point I'm getting to is how to turn the study room from this evocation of a lecturer's ideas, but something where there's ongoing interaction.

Set the parameters and allow some slack.

I hope we ( Paul Majende and me) achieve this in some small way, but the bigger question is still creating an environment where students feel free to engage at any level and start a conversation.

It begs a question whether in a room of future journalists my role is about processing ideas or being part of a set of new ones. Wasn't the latter the raison detre for universities a good number of centuries ago.

I guess its a bit of both, but the US provides an interesting charlie brown blanket. Most of what we've come to know, experience and use in newer journalism has come from seekers of tertiary education and the ones that graduate.

Innovators and receivers
Granted not everyone can be an innovator. Why Not? but I love the idea of pushing against structures and looking at the wheel. Not to long though, otherwise that job for grads goes elsewhere.

I'm ruminating on this, because there's a meet up in January courtesy of Lorna from Journalism.co.uk which might help us discuss the changing roles of journalism training.

Yep not about to throw the baby out with the bath water. But there is something in this; the BBC once again raises the stakes, with the public launch of its journalism college.