I met Salmer Almer three years ago. I was on my way for my final [ I did not know it at the time] training session with the state broadcaster, Nile Television.

Tarek, my host and instigator of the project had made significant gains in building trust four years since he first got me involved in one of the richest experiences, I have had.

One morning leaving my hotel for Nile TV, a taxi cab driver spoke to me in Arabic. I didn't understand I said. In English he then accused me of selling out my culture. But I am not Egyptian I replied.  No, he chided, suggesting what was happening was  unacceptable. You are Nubian.

The conversation continued, turning from irritation to intrigue  captured on camera by my new friend Rob Montgmery, a clever clogs in newspaper design and all things multimedia.

Incidents like this and bumping into Salmer who became one of the Nile TV volunteers, she adds, by sheer chance, were carat gold memories.

Salmer was, and is georgeous, but truthfully I mean this in a way that undermines how we evaluate aesthetics. We look at someone and make an opinion, a mild raise of the eyebrows and its connotations.

No, in training you're so blinded, everyone is an individual challenge to help them achieve their goal. Gorgeous though because anyone who knows Salmer must think her brain deserves to be, like so many other talent I have come across in Egypt, preserved in a museum. Though this rather unintentional macabre thought takes away from her personality, fleeting mind, enquiring attitude and her doggedness.

When I returned to Egypt, barely a month after its first uprising, to present at a summit, Salmer was on my list to call. I would do the presentation I said, no fee, if I could stay a day longer, otherwise it was in at 9.00 pm on a monday, present Tuesday at 10.a.m and catch the flight home at 3.p.m.

I mean where is the fun in that!

They agreed and through Salmer and Ahmed Montasser a fabulous assistant and friend too, we had less than a day to make this film called Tahrir Memento.

It's a videojournalism - art film that reflects the thoughts of five people including Salmer influenced by Resnais's Hiroshima Mon Amour.

Thoughts guide our narrative. We all know and saw what happened during the uprising, but go deeper into the minds of people who can be seen thinking through their words and what we get is a meditative film, which I have shown around the world, more recently in Denmark to a training session with the country's leading photographers, cameramen and women and videojournalists.

The film is part of my PhD thesis into new story forms from videojournalism.

I last met Salmer in February, too briefly, but she looked great and was radiating from celebrating a year in a relationship. Her boyfriend must be feeling mixed emotions because of Salmer's new odyssey.

Yesterday, on Facebook, I saw a short message from Salmer. It read:

Egypt. You've been wonderful to me and this is tougher than imaginable, but its time to hit the road, و يا ريت تنهنضي في غيابي — at Cairo Airport, Terminal 3. Egypt.

There then followed a flood of messages enquiring to know more, including me.

Viewmagazine London where are you going ????

Salma Amer I moved to ny for grad school, wish me luck!
9 hours ago via mobile · Like · 3

I felt moved and in response rather than wishing her luck I wrote this to her.

You don't need luck. Columbia is in for a ride. If any of the profs. students really want to understand the intricacies of the Arab Spring, she's right on their doorstep. If they want to engage in a debate of new journalism that allows for personalisation without a loss of integrity or professionalism she's staring right at them. Gerlfriend what I'd like from you is to inject Egyptian, arab storytelling discourse into the debates. Remember in videojournalism and journalism too the West's hegemonic methods, as brilliant as they have proved to be, leave no room for counter dialects and dialogical debates particularly outside of the West's ideological thinking. Typical is this in the West we believe voxpops on the street serve some intellectual purpose to a report -- the woman/ man on the street's opinion. They would never dare of going into someone's home for a vox pop, but in the arab world, the dinner table, the patriach and matriach, children, extensive families interacting is a cultural milieu that underpins culture and meaningful comments.. Your aesthetics, cultural codes and new thinking is what is needed to rationalise and mobilise a new journalism, a new mode of understanding. That much was evident in that little film we made Tahrir Memento. Sarah's actions contributed to actions at large, but significant changes at home. The need for Naguib Mahfouz's and Nawal El Saadawi's of the 21st century is more pressing than ever, particularly in mastering the medium of a new language in video and videojournalism, There needs to be more film makers and journalists exploring Wadjda  . Go freakin get them gerl

And so that's that. All the same Good luck. InshaAllah to your family, friends and soul mate you've left behind physically. You leave a significant hole in the lives of people who know you, that much I am sure off, even though I have only known you for three years. Oh and that bit about the gorgeous mind and person, c'mon she's gorgeous looking too. That her friends  also  agree ! 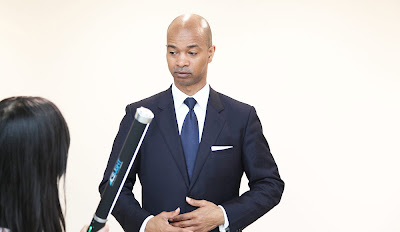 David Dunkley Gyimah is a former BBC, ABC News and Channel 4 News Journalist. He's worked in news since 1987 and travelled throughout the world teaching and training in videojournalism, which he and thirty other practitioners were trained in the UK in 1994. He is currently a senior lecturer at the University of Westminster and completing his PhD which examines the future of news within videojournalism. He is the recipient of a number of awards and publishes from his acclaimed magazine viewmagazine.tv
Posted by Dr David Dunkley Gyimah at 11:57 am