Teaching Journalism Beyond the Classic Journalism Age - letter from Tunisia

In the film world the expression became universal.

HOW WOULD LUBITSCH DO IT?"

The sign hung on the door of another of the film world's greatest directors, Billy Wilder as a reminder of his hero. Wilder called this thing the Lubitisch touch. Stay with me!

Ernst Lubitsch, a star director and polymath of the transition from Silent film to talkies in the 1930s, did to film what many contemporary directors could only dream about.

Take the scene at the top from the film if I had a million (1932) followed below by Wilder talking about Lubitsch.

But now we must pause a minute because this piece is in fact not about Lubitsch - a waste of google juice frankly, but in fact it's pertinent for a segue into education and the teaching of journalism.

For that  I turn to another giant, but from another world. To industrialists and educators Donald Schon is a name synonymous with learning systems.

And somewhere in my office - my head - reads the sign; HOW WOULD SCHON DO IT?

Teaching Journalism
Schon's contribution to knowledge in his classic book Reflection-in-Action makes the point that some of us approach problems with a positivist ideal, which is theory-based ideas that are grounded in rules.

For instance if you're a film maker or videojournalist you'll be told any number of rules supported by theory.

And then there are professionals, such as Lubitsch whom by intuition, experience, calculated serendipity approach their methods through artistry.

There comes a time in the career of the professional when they become disruptive, troubled and they look to new ways of doing what were rules. And when you ask them how they did it, usually they will shrug their shoulders.

In my career as a videojournalist, producer, educator and what not, that's what interests me. Capturing the elusiveness of artistic practice.

In fact I'm grateful for the support often given me which this year resulted in recognition from the National Union of Students at our university.

One of Schon's most seared ideas for me is that every profession suffers a disruption in which the knowledge we possess to understand it is made redundant by technical and societal advances.

In those situations, we're simply not equipped and any recourse to classical methods is flawed. Remember there was a time when doctors believed bleeding a patients cured them. And many patients were made to bleed litres of blood because of that.

Technical advances and new non-formulaic (artistic) thinking yielded new results. We are still in this ecology when it comes to journalism and videojournalism.

Hence in training, as I recently undertook in Tunisia, my job as an educator is not, I believe ultimately to provide solutions, but by using artistic practices challenge classical and grounded methods of thinking.

The examples I give again are that while language is based on syntax and grammar so we might argue videojournalism and film making must subscribe to similar langue-like rules,

Yet the 'troubled professional', the Lubitsch's, the Schon's tell us differently. We should heed their words more. 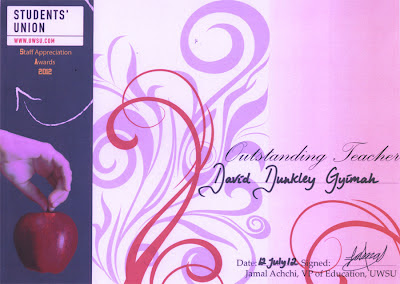