Lessons from Tunisia in Video journalism and Creativity

"Creativity in television depends upon the building of teams of individuals whose talents are complementary and who, in combination are, able to make programmes which are more original, more effective and more valuable than any of them can achieve alone".

The example given by Wyndham Goldie to support her point is of Tony Hancock, a brilliant comedian of the 1950s who begun to resent the writers and producers who shaped his material. His team would break up and Hancock would commit suicide.

But being at the beginning of television Wyndham Goldie, a revered figure in broadcasting, could see creative genius much closer than anyone else could.

But how many of us will get to work in television?

Through out the years,  a coterie of creatives e.g. Eddie Murphy, Robbie Williams, etc. have at times try to rid themselves of the team that made them who they were.

But if creativity cannot be achieved in a team how do we account for the many such as the artist e.g.  Cezanne; Musician e.g. Jay-Z; Olympic Medalists e.g. Mo Farah and the Videojournalist, YOU accounting for your brilliance in what you do?

In reality all these sets are still supported creatively, at the very least through emotional support.

Even the lone painter or photojournalist seeks the comfort of others. The octogenarian photographer Bill Cunningham in his absorbingly portrayed documentary Bill Cunningham New York  is the loner personified, but don't be fooled. Cunningham's experience comes from absorbing a life time of support - some concrete, some abstract.

If Videojournalism was about working solo, then it inadvertently propagated a lie, which was not of its choosing.  Being able to work alone, doesn't mean you must work alone. Conversely as one of my favourite philosopher's Heidegger put it, being able to think doesn't give you the power of thought.

The experience of working as a videojournalism-driven station and also within a structured environments proves something. We, ill-equip the individual who needs to believe in their own independence and creativity. By yourself Gladwell's 10,000 hour rule is a yardstick, but there are many other factors.

The maths goes if you work 8 hours a day, 5 days a week then that's the equivalent of 250 working units, of which could constitute 250 stories. For two consecutive years as a videojournalist I, with other video journalists shot and produced more than 500 stories each ; after that working a news agency I must have cut the equivalent. 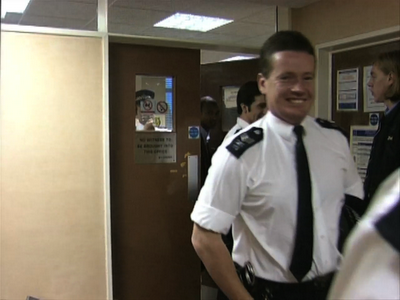 The quest then becomes what structures we need to increase the knowledge of the lone videojournalists. Renaissance creatives built the idea of the apprentice. When the teacher became too remote in contemporary society we searched for exemplars through literature. But we could never question them, so the preferred route was to look for flaws in their monologues by reading others.

The unchallenged dogma in a blog is as dangerous as Wyndham Goldie's understanding that the unchallenged documentary film of the 1930s, was no barometer at reaching truths, just because some one said believed so.

My role in working across regions has been to build a sort of library of learning and output styles.  And something appears to be emerging from my experience working across Beirut, Cairo and now with Tunisian videojournalists and its profound enough for me to believe it mirrors the creativity of television of the 1950s, which I'll talks more about in my next post. In the meantime I'm posting a short on viewmagazine.tv as an introduction to videojournalism - Tunisia. 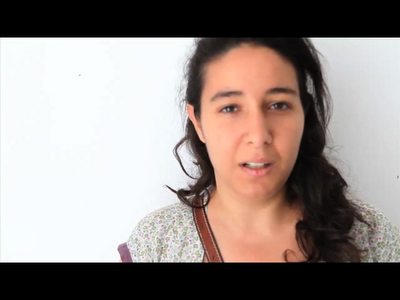 David Dunkley Gyimah is an international award winning videojournalist who has taught around the world and is completing a radical study of future film making for his doctorate. He lectures at the University of Westminster and publishes on Viewmagazine.tv
Posted by Dr David Dunkley Gyimah at 2:57 pm