And finally Olympics 2012- The Cinematic Super Fan. (images and words)

The world's news could wait. Saturday 4th August, rightly or wrongly, was a blanket of one major news events, the Cinematic Super Saturday

Non-sports fans and Brits may have in the past stumbled upon the phrase, the "Barmy Army", a traveling carnival of fans so dedicated to their sport, they are as likely to provide entertainment about their beloved cricket dressed up as the Queen, as one of their heroes providing runs to take the game.

On Saturday 4th August 2012 Britain became a nation of the Barmy Army.

The question will be asked where you there? Or otherwise where were you? The tally of medals for the Brits clearly benefiting from an Olympic bounce need not be contested. 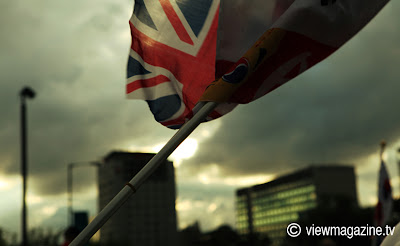 Yes! They are super athletes - pre-requesite, but the wall of noise that is said to carry athletes like a tidal wave and surfer will be studied by sociologists for a time to come.

Human drama on a scale in which this symphony of athlete and audience requires a new term that paints the picture of awesome cinema.

No, when the drama unfolding is met with deafening din of those willing you on. China's Olympics in sheer scale and technopholia could never be matched. Money seemed no object and a double dip recession had yet to bear its hairy chest.

London 2012 appears to have set its own standard,  which will have Rio officials thinking how do we top that.


How is it that the nominally dour Brits ( ask the Aussies) or no-hope-at-winning-anything (we didn't fail with the Great Britain team losing on penalties) seemed to have scored such a massive goal.

Could it be escapism from our economic austerity woes? Or the fact that Britain's multicultural status in sport, also reflected in the make up of its fans means there is a super fan/athlete for every sport.

From the putatively elite sports in scullying in which the quote of the Olympics must go to a stunned Katherine Copeland in the lightweight double sculls uttering : "We just won the Olympics", to the populist football, there was something for everyone. 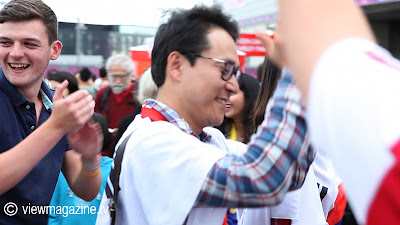 And who could not be endeared by these super athletes, in which the bulk of them seemed pleased that they could be in the midst of other Olympians. Normally, we would baulk at Greg Rutherford's pre-game film swagger in which he proclaims how and why he should  win.

No not this time.

So where were you? Well for me a week ago, I was in 47 degrees heat in Tunisia working with the Institute of War and Peace training journalists in videojournalism.

I almost didn't make it back because of a mix up of flights, but I did and managed to watch the South Korea versus Gabon Match, and tomorrow will be at the Women's semi-final between France and Japan.

I suspect I am about to join the Army Barmy.