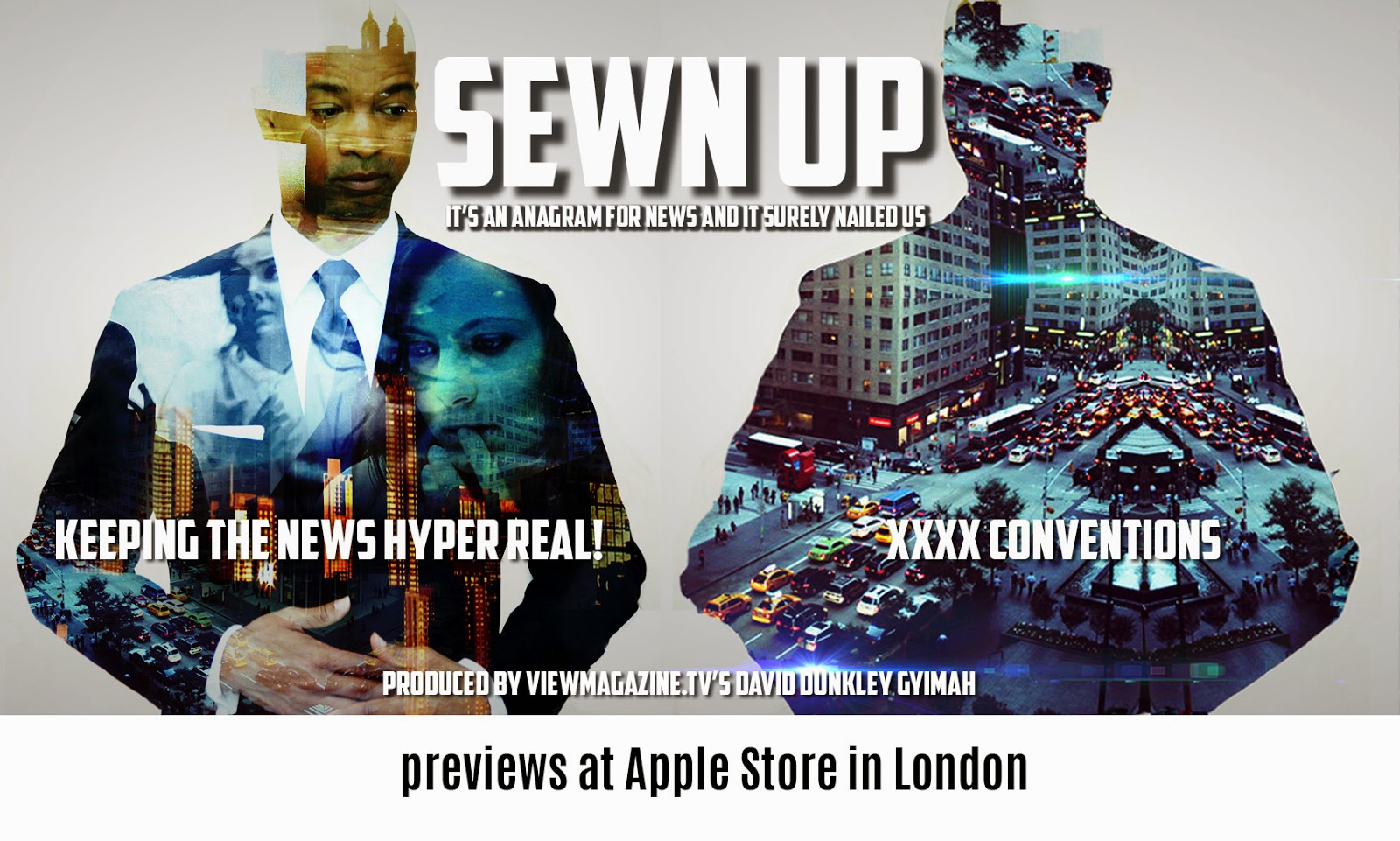 We need more good stories, said Martyn Lewis.
Lewis happened to be one of the trusted voices of the BBC in the 1980s. but what happened next he could not have expected.
If the proposition, made in public speech wasn’t stupid, it was, well, dangerous! Worst that it came from a BBC anchor.
A public vilification and humiliation from the news industry followed and listening to Lewis speak on BBC Radio4, the trembles of indignation are still audible.
For Lewis, advocating more good stories on broadcast news wasn’t about PR, but as he puts it, applying journalistic judgement by, ‘holding a proper and sensible mirror to society and that means the positive as well as the negative’.
Twenty years on having been fascinated by this narrative, Martyn Lewis lifted the lid on Radio 4' Good News is No News (Sunday 8th February, 2014) about some of the most extraordinary events that followed after his suggestion.

I was handed a note that said can you call BBC management immediately, so I called them and they said your speech has been seen by, lets say, certain other people, we won’t say who, and they say you cannot make that speech under any circumstances and your job is on the line’.

Lewis reveals he saw ‘red’ and was baffled. The media religiously tell us they are the 4th estate; they police and debate the issues that matter on the public’s behalf, but they don’t want to look at themselves.
Public philosopher Alain de Botton weighed in broadside last year with his book The News — a User’s Manual. Why are we always fed negative news? Why is it your school will prod you to learn how to deconstruct Shakespeare or a Matisse painting, but not what’s coming out of the newspapers? Why does news still claim to be objective, when there’s nothing wrong with bias — when you use it to decode and you’re transparent about it.
For senior journalists, the news is THE NEWS. Like religion, it is written and waiting to be uncovered.
US Scholar Michael Schudson, reminds us, how journalism is made up. It’s a cultural product shaped by conventions and literary values.
It’s the people in charge, who shape how you and I are told what’s significant and what isn’t. Again, it’s people! At some point, just some moment, are we going to put the camera down as the neighbourhood burns and see an alternative mission for what news stories could be?
That’s beginning to happen now and its dragging traditionalists kicking and screaming into the digital polysemous world.
Straight outta Compton
In the 1980s, wanting to break into journalism was a heady effort. You had to be, as Lewis shows, the right sort of person. If you read politics and didn’t want to become a politician and kiss babies, you became a journalist to kiss your teeth at your politik colleagues.
Me, I did Chemistry and Maths. Fat chance of ever coming close to writing a press release, however a couple of friends and I managed persisted. One of our breakthroughs was getting onto the community programming at BBC London and ran ‘Black London’ for almost two years.
We were paid £30 a show. Peanuts really! But we wanted in badly. The three things that’ll get you sacked from the BBC: Insubordination (swearing). F**king in a studio, and not having a TV License. We did none of them, but there was a line we had to be mindful of because of racial politics.
We tried to make sense of what the audience wanted, who we could book, who would talk to us. We couldn’t pay them. Fortunately there was always someone for the show. Celebrities, such as: Eartha Kitt, George Clinton, Alice Walker and Fela Kuti. Politicians: Jesse Jackson, Apartheid activists and critics, and several Conservative MPs (in power at the time) and the various miscellaneous.
Ever so, we’d look to the US for reportage thinking about parallel ideas here. One of the biggest running stories, was the phenomenon of rap, which in hindsight spelt some of the first seeds of digital theory.
Music opened a seam for politics and an onslaught of cultural thesis. The message was polysemous. It could be interpreted different ways. For fans it was fresh and exciting, otherwise it was a menace and threat. President Bush senior denounced rap, Ice T’s metal bad Body Count‘s Cop Killer alongside NWA’s F**k the Police fuelled emotions.
MTV wouldn’t touch it first and then when they featured their first MTV Rap Show, the audience ratings went ballistic — so much so that executives were too embarrassed to crow about it.
Twenty years on, Ice Cube and Dr Dre are retelling their story. Explicitly, amongst others it’s about fostering a global movement from communities. And yes there beefs, and all sorts on the way between East and West. Implicitly, it shows how the audience became the receivers and practitioners.
There are similarities with traditional media today. They made their music, you’re making your media — and the audience is deciding. And that audience is diverse.
On Radio 4' Good News is No News, good news stories now sell on the web ( social media). But there’s something else, which I’m show and telling at Apple store in London. And it goes to the very heart of storytelling, and again it’s all influenced by how the audience is shaping it.
It’s from our SEWN up series — cine-videojournalism and features a fascinating conversation with Robert Drew, and many more. See you there
Posted by Dr David Dunkley Gyimah at 10:47 pm