How to spot innovation and a television winner 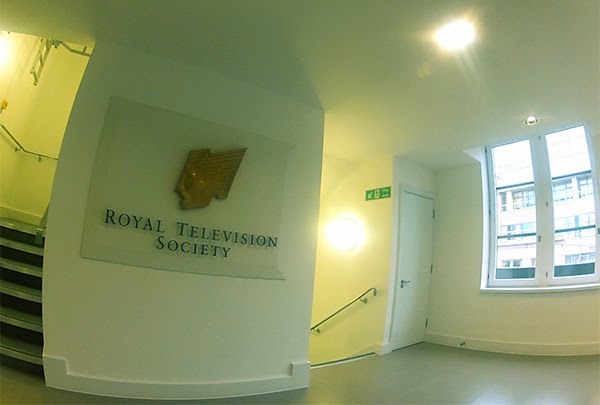 And the winner is?

To the left of the RTS emblem a jury convenes to award practitioners in the industry the coveted statuette and moniker RTS programme of the year; RTS journalist of the year and so on.

As awards go, the RTS is television news' Oscar or to be more precise EMMY. You'll notice it on ITV's continuity, or the end of credits on Newsnight or Channel 4 News.

Major awards bring recognition from within the industry,  and outwardly to sponsors or potential employers.  You may thank the whole of the team when you receive an award, but in reality, quietly at home, you'll do a jig, look at the statuette and mutter "Mum I have done it !".

Then your partner tells you to take the rubbish out, the bin collectors are coming.  I chuckled when I heard a golfer say how his partner brought him back to earth after winning the Masters.

Back in TV land, the RTS are a couple of months away.

Digital and Social Networks have made the awards particularly in the innovation category interesting. Last year Channel 4 won the award for its disability reportage campaign. It built a seamless number of programmes connecting studio interviews with transport executives,  and commuters with disabilities who had to wrestle with London's inaccessible transport. The whole idea started on Twitter.

One year, The Stream from Al Jazeera was the victor. Youth TV tackled weighty issues by combining an array of digital tools. The look and feel of the show mimicked a make-shift studio in a student's home. It worked. The next year, The Stream, 'upgraded' the show. It now looked like any other broadcast.

What makes an innovator show or idea? There's a criteria the jury adhered to. But how do you judge evaluate something within those parameters?  In many ways its the same criteria as an academic I would use to evaluate Master's work. The context though is different, but the cognitive approach is similar.

This year I am chair of one of the jury panels, so I'm thinking of detailing the cognitive procedure within the decision-making process of analysis and evaluation. I can do it this year because I'm not actually going to making my views known in the jury procedure.

The process may appear ad-hoc, but the it brings together a series of interpretive schemas and rationalising - the study of signs. Cues, patterns, themes, rhetorical arguments... we're not aware we're making them, but they constitute the body of evidence that we use to analyse programmes.

And the process of analysis is dependent upon social and literary values. So what might be innovatory now, many not be tomorrow. Let me know what your thoughts and whether it would interest you as a post. I'll trace winners from over the years and why they won.