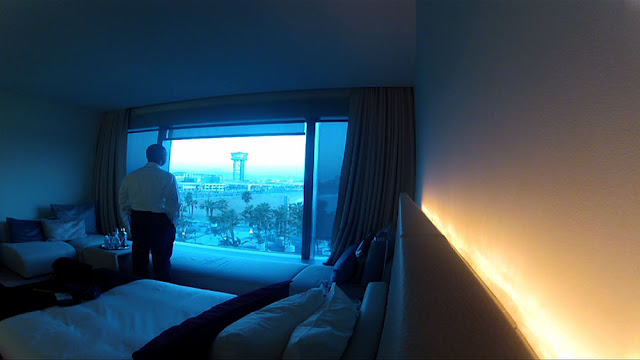 There's nothing like being on the fringes of journalism, having tasted what it's like and wanting more to focus the mind. In journalism they say the most difficult leap is your second job.
I have had lots of foci.

1. To become entrepreneurial, you must take risks.
My first television role was BBC Newsnight in 1991, before working for the hip flagship programme Reportage. And it was with that in mind, while I freelanced at one publication or another that the "totality of journalism" became more than a concept. You have to remember in the 90s bi-media, working in radio or television was an innovatory practice by the BBC which was heavily resisted within the corporation.

In the BBC, radio and TV, I would attempt to master as many roles as I could, whilst outside work I created promos that were aired on CNN International, wrote articles for magazines's like the highly acclaimed BluePrint and Creation and doubled working with Channel 4 News one moment to working for Jon Staton Agency in Soho. Jon had been the head of Television at Saatchis and Saatchi winning countless awards.

Communication is key, but working the various shows provided and understanding of the nuances and skills of communicating in different forms and styles.

As you read this now, if you've not worked in radio with the requisite experience or let's say you're a fine editor, you've every right to presuppose that unless someone walks in your shoes, that theory thing or even work placement will not make you the editor for the big calls.

Experiential learning is the reason why the experienced journalists are still in demand; their future prospects though is predicated on how they rationalise journalism's new event horizon.

2. Entrepreneurism is about creating. You must create, so knowing any number of software is not only ideal but necessary.

In 2001 I was able to coalesce various different roles that either found me jobs or scared off potential suitors like the BBC. BBC executives would ask me what exactly I did? How things have changed. Now in my role of a senior lecturer at the University of Westminster knowing about After Effects, FCP, and the rest was positively welcomed.

Here's what I set out to do in radio/ TV/ online/ print in news and advertising.
3. Give. Be generous, but don't expect the rewards. If feedback happens it's the icing on the cake for you, but more importantly is the thrill of seeing others mature.
I lecture and still do in online, helping International Masters students create innovative experiences to develop as businesses outside. My lectures do not treat students as students, they are professionals entrepreneurs of varying degrees when they enter the lecture theatre.

Many have gone off to become successful creating industry's for themselves, such as the gifted
Stefanie Sohnchein who writes below: 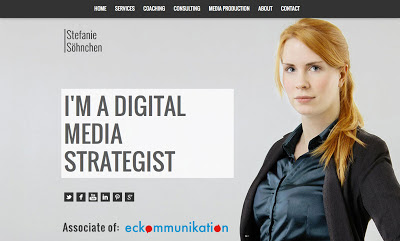 But here's something from the category "success stories thanks to David Dunkley":
I get to create 13 national blogs for a big German company. Also I am leading a team of 6 Journalists who fill the blog with content. And: I get to teach 200 ppl (omg!) to blog until the end of the year - 60 more blogs are supposed to start next year. Crazy, right? Amazing where you kicking me to blog got me :)


It's not just the CSS, Flash, information architecture, or project management, but importantly letting the person develop, find themselves,  and the hurdles they must overcome in the job-world.

The same applies for docs and videojourmalism. To be an entrepreneur you have to understand the meanings (symptomatic and explict) of what you do and its impact on different audiences, comprised of different social groups and cultures. Presentation is the first thing. In a fraction of a second you've made your mind up so your narrative expectations must be met and some.

A sizable understanding of what we do is about cognitive human behaviour. To be an entrepreneur, you most definitely need something to say, and know the variables of interaction when you say it.

4. To be an entrepreneur, love and redefine what the word "work means". Engage with...
At the same time as I started my PhD to critically examine narratives and expressions and working with various groups around the world e.g. China, Cairo and Chicago, that entrepreneurial spirit has found its way into new paths working with a number of high profile UK companies in knowledge transfer partnerships.

The task is simple, but not simplistic. How do we fix this, how do we create that?  Present the conditions, express the knowledge and then source the best talent and help them.  A city company specialising in big data is the next company, whilst one of the UK's leading comedy houses is another. A medical company specialising in Bariatrics has just been successfully completed.

But whilst entrepreneurial spirit requires experiential learning, it grows on the moss of new innovative ideas and entrepreneurs who express whilst you can integrate and add value. The object is to facilitate innovation, foster creativity, train your thoughts to be malleable but know how and which direction the consequences of your actions will take you.

You need to develop your argument to the pursuit of the goal and never stop questioning.  Read ! I'm just about to start Rushkoff's Present Shock

In my role I am a perpetual entrepreneur, not exclusively for my own stake, but in creating the conditions for others I have come to respect. I nudge them into what I call an artistic space, where they must break from the perceived cosiness that journalism fostered.

More words for the journalism entrepreneurs.

Finally, Entrepreneurism is affected by depth perception. That is the busier you are, the more you're likely to be in demand by others. For that reason alone, get busy.