The Story Police aka journalist is dead. Long live 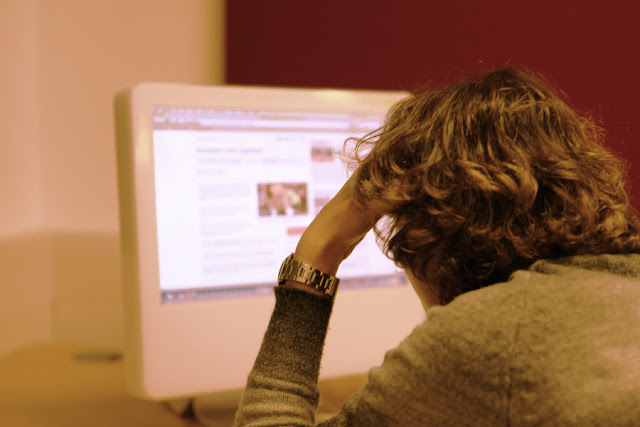 Journalism is in decline and young people are not interested in it.


You've heard it a million times.

Admittedly, because of the way google works, that number does not represent the actual number of articles, but in comparison to young people not interested in gardening, there's a clear winner.

But don't be swayed. The fact that there are so many young people supposedly not engaged in news, doesn't mean they're not interested in news.

It becomes a question of relevance for young people and framing the right question. Are you as a young person interested in finding our how you deal with being shy, or that you believe you're being bullied, is news, and is relevant, but for a social genre.

Jim Romsensko.com's post on a study: Young people consider news to be garbage and lies, gets close to my point.

The book by University of Texas journalism prof Paula Poindexter is one of those books managers should read, but won't, largely because in this disparate world of us there are so much academic knots to get through.

Which one do I undo that will help me, is the question.

Young people have always been ambivalent to news. I know that much from experience working at the BBC and its major youth current affairs Reportage, which attracted some 900,000 viewers on BBC 2 at 7.30 pm.   Newsnight pegged some 1.2 million, but we''re comparing cheese and wine.

Young people left news in their droves by official standards at around the 1990s. Certainly, the biggest change was cable and satellite. For once too a small station run by young people could vent its concern, otherwise the news media would listen curl their lip and proceed as normal.

So in the UK its parliament stories and in the US capitol hill and lobbys.

Any wonder young people couldn't give a chimpanzee.  The web has amplified this discursively through social media - that's the new new thing which gives young people that added matrix voice.

I'm about to introduce to journalism to a number of groups. I understand my dilemma. News' importance, as Lord Levenson puts it is because:


The press provides and essential check on all aspects of public life. That is why any failure within the media affects us all.

Trouble is when a young person is looking for the next wage package, or next best hit of recreational pursuit, or where to hang out when we're board, the press have no presence within aspects of this public life.

The press here being the traditional bricks and mortars with pensions and the rest. So the press by and large have to report, at least for the audience where they can either gain advertising or public interest, non-young people.

The model of news or the press was always creaky. A one size fits all was adequate until those with a voice found a way to be heard, which is precisely why the founding fathers of these institution believed themselves to be patriarchal and doing a public service.

TV could have been the Internet, free for all in the 1930's, but it was skewed, and Lord Reith, the Director General of the BBC believed you and I needed protecting, so the BBC would tell you what you should think.

Stuart Purvis whom I interview for my PhD film Storied, owns up. For years we perpetuated a myth that you couldn't make television, but you can and did. In this case he's referring to Channel One TV, a group of 25 year olds who revolutionised TV news in the UK in the 1990s. But the message is the same nonetheless.

What young people think, generational they will always think, unless the press become Lord of the Flies, ran by young people and the even then.

So I'm no more shocked by events that young people are apoplectic today than I was in the 1990s. What I want to be shocked by is the revolutionary young people who decide they will report on matters relevant to themselves in a way that captures the zeitgeist.

Many have tried such as Current TV, but the lesson if any, that we often fail to understand, is that priorities being young and for some carefree; you're not thinking about pensions just yet, is that unless you're planning Britney Spears, r Jack Ass news, whatever that looks like, you'll never get the numbers.